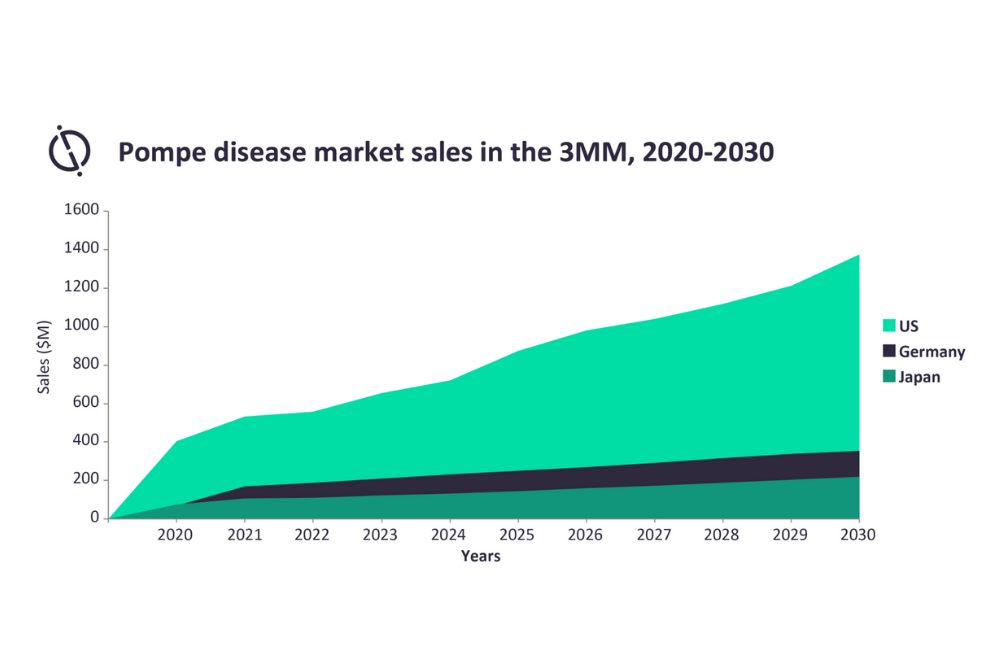 An upcoming influx of new therapies into the Pompe disease (PD) pipeline in the next decade is expected by GlobalData to provide a significant boost to the treatment market for this inherited, and often fatal, disorder that can greatly damage the heart and skeletal muscles. In fact, the market is expected to grow at a compound annual growth rate (CAGR) of 13.5%.

Akash Patel, Pharma Analyst at GlobalData, said: “The current PD pipeline is largely unconvincing to key opinion leaders (KOLs) interviewed by GlobalData, except for the possible addition of a gene therapy that may only require a single dose to be administered, which is an exciting prospect. GlobalData expects this therapy to at least have long-term efficacy and remove the need for a regular dosing schedule, which alone will have a huge impact on the lives of PD patients. Although the long-term PD pipeline can be viewed as promising, they would make even more of a mark if these drugs addressed key needs not currently being met in the late-stage pipeline, such as restoring GAA enzyme function in the central nervous system (CNS) and preventing disease progression and damage in the long-term.”

According to GlobalData’s report, ‘Pompe Disease – Opportunity Assessment and Forecast to 2030’, the PD market was worth $584.54 million in 2020 in the three major markets (3MM*) and will grow to $1.95 billion in 2030. The company notes that this sales growth will be in line with the entrance of novel agents into the market.

Patel continues: “The PD pipeline in the 3MM has two therapies in late-stage development: Sanofi Genzyme’s avalglucosidase alfa, an enzyme replacement therapy (ERT) in pre-registration, and Amicus Therapeutics’ chaperone advanced ERT (CHART) cipaglucosidase alfa + miglustat in Phase III. However, the overall clinical data from both therapies remains unconvincing to KOLs who were interviewed by GlobalData.”

KOLs reported that they remain unconvinced of the efficacy and primary endpoints of the trials for these therapies. In a direct head-to-head comparison with Myozyme, avalglucosidase alfa has not demonstrated a very significant improvement in efficacy.

Patel said: “There is currently only one marketed therapy available in the PD market: Sanofi Genzyme’s Myozyme (agalsidase beta), which is available in both Germany and Japan and is marketed under the brand name Lumizyme in the US. The patents on this ERT are expiring, and as a result, Sanofi Genzyme has developed avalglucosidase alfa to maintain its established share of the PD market. Although this will provide access to another efficacious ERT for PD patients, an unmet need remains for therapies with novel mechanisms of action (MoAs) that significantly improve long-term outcomes.”

Several gene therapies are currently in Phase I/II and are expected to enter the US PD market in the next decade, with AskBio’s ACTUS-101 expected to launch towards the end of the forecast period and two others, Spark Therapeutic’s SPK-3006 and Astellas Gene Therapies’ AT-845, expected to launch post-2030. These therapies are designed to be administered intravenously as a single-dose therapy and are potentially curative, although at a minimum they are expected to have long-term efficacy and do not require a regular dosing schedule.

Patel added: “Gene therapies will capture a small share of the PD market, as physicians are only likely to prescribe them for a subset of severe PD patients, at least until long-term efficacy data demonstrate positive benefit for all PD patients who are unresponsive to ERT, or when the cost-to-benefit ratio favors gene therapy over ERT.”

In addition to late-stage pipeline agents acting as a driver for PD market growth, an increasing number of early diagnoses from the established newborn screening programs in the US and improvement in disease symptomatology from physicians will also contribute to steady growth of the PD market over the forecast period. However, a potentially significant barrier to growth of the PD market will be the cost of therapies, leading to challenges around insurance coverage and reimbursement for novel therapies and particularly gene therapy.

*3MM: US, Germany and Japan