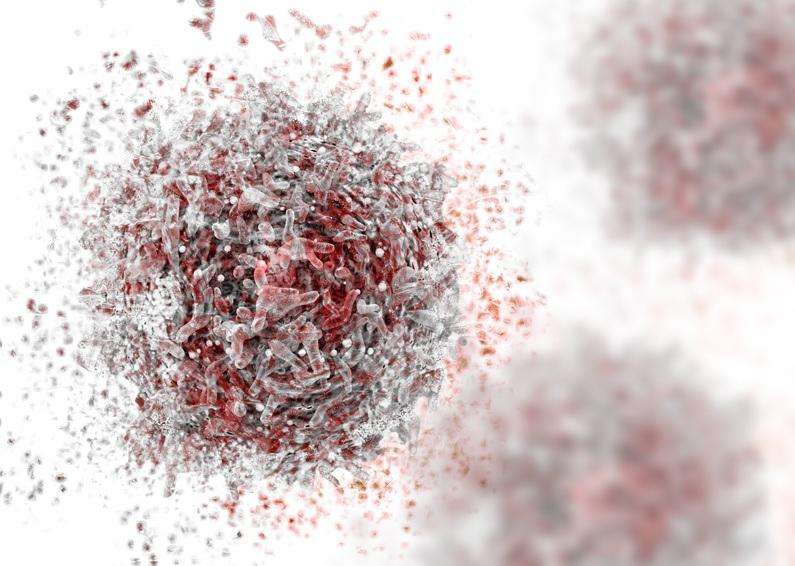 Regulatory approval of CAR-T cell therapies in 2017 placed the spotlight on immunotherapy approaches that use live cells to attack tumours – a major shift in oncology treatment and the battle against cancer.

Yet even this groundbreaking therapy has limitations, such as when patients already immuno-depressed from a first-line treatment do not have sufficient T-cells to modify or stimulate. For this reason, investigators are looking to natural killer cell therapy (NK cell therapy) as the next frontier of immunotherapy.

In the fast-growing field of immunotherapy – using the power of the patient’s own immune system to fight cancer – therapies based on the use of T-cells were the first to make major breakthroughs. T-cell-based therapy progressed from popular checkpoint inhibitors such as Keytruda® and Opdivo®, to newer approaches that use live cells to attack tumours.

Yet, even these groundbreaking therapies have risks, such as neurotoxicity, as well as limitations, such as when patients already immuno-depressed from a first-line treatment may not have sufficient T-cells to modify or stimulate.

For this reason, investigators are looking to harness other immune cells, particularly natural killer cells (NK cells), as the next frontier of immunotherapy for the fight against cancer. As the evolution of precision medicine continues, NK cell therapy will play an important role in guiding efficacious treatments.

From Oncology to Immunotherapy

To understand the role of NK cell therapy in advancing immunotherapy, it is useful to reflect on how oncology treatment has evolved and given rise to the current focus on immunotherapy.

Historically, drug development took a ‘one size fits all’ approach, with the medication developed with the average patient in mind. With the availability of genome sequencing of patient and tumour mutations, cancer drug development began to open a new frontier for precision medicine. Now, the medication can take into account the individual differences between patients with regard to biology and tumour mutations.

This personalised medicine approach is taking root not only in the for-profit world of pharmaceutical and biotech companies, but also in academia and government agencies. The National Institutes of Health’s All of Us research programme is a prime example; it aims to extend precision medicine to all diseases, a mission it hopes to accomplish by building a research cohort of at least one million Americans.

Some governmental agencies are increasing support for the study of personalised oncology therapies through the Orphan Drug Act, which provides incentives to develop treatments for rare diseases, including rare cancers, for example. 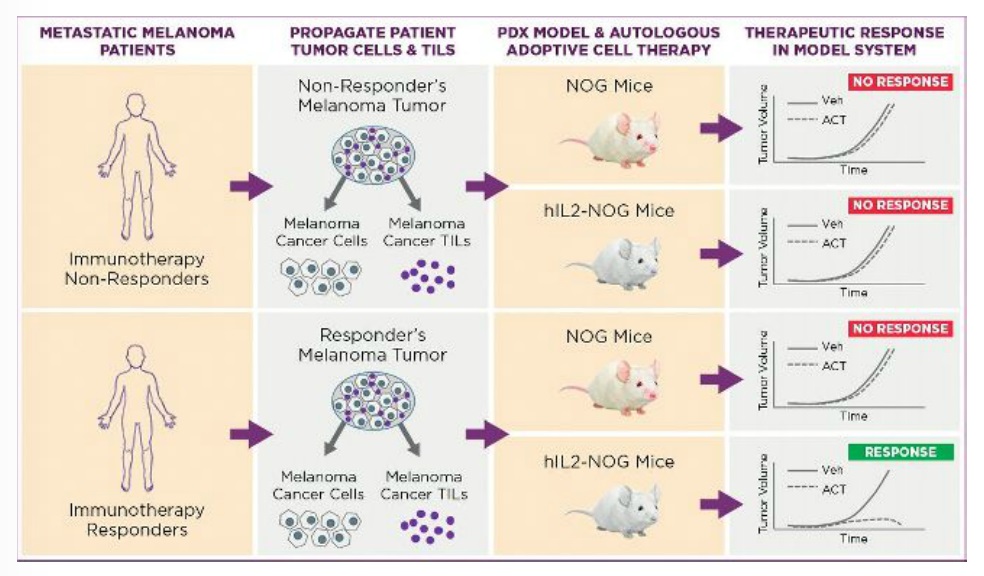 One of the most powerful examples of precision medicine is immuno-oncology (IO) therapy, which is transforming how cancer is treated. Where traditional cancer treatments worked by directly attacking rapidly-proliferating cancer cells, immuno-oncology therapy leverages the patient’s own immune response to fight against cancer.

Checkpoints are a family of proteins that cancer cells may use to protect themselves from being attacked by immune cells like T-cells. Checkpoint inhibitor therapy is an antibody-based therapy that binds to immune-checkpoint proteins expressed either on a tumour or on T-cells and unlock the cytotoxic T-cells’ ability to kill tumours. By blocking or inhibiting a checkpoint’s ‘protective’ signals, T-cells are less inhibited to kill cells, including cancer.

While checkpoint inhibitors have been highly successful in some cancer patients, they have proven ineffective in a subset of the patient population, spurring investigators to continue their quest for improved immunotherapies with reduced risks.

As T-cell-based therapy continued its evolution, the next wave was development of bi-specific antibody-engagers such as BLINCYTO® (Blinatumomab) a BiTE® (bi-specific T-cell engager) therapy from Amgen.

One side of this antibody-derived medication binds to T-cells and the other side binds to the protein expressed on a type of cancer derived from B cells. BLINCYTO assists the T cells’ killing capability and brings them closer to the cancer target.

Both checkpoint inhibitors and BiTE therapy such as BLINCYTO are antibody-based therapies that leverage and recruit T-cells. In 2017, the US FDA approved an entirely new T-cell therapy approach which instead makes the T-cell itself the drug.

Chimeric antigen receptor T-cell therapy (CAR T-cell therapy), often called ‘cell and gene therapy’ or a ‘living drug’, uses T-cells that are genetically modified to express a section of antibody on their surface.

Instead of providing T-cells with additional help through an antibody therapy such as a checkpoint inhibitor, the patient’s own T-cells are expanded and genetically modified, making them capable of targeting proteins expressed on the tumour and killing the cancer cells.

All three types of immuno-oncology medication utilise one type of immune cell, the T-cell. However, a human immune system consists of a wide range of cells beyond T-cells.

While T-cell mediated immuno-oncology drugs showcased how powerful T-cells can be in the fight against cancer, they also demonstrated the T-cell based medication’s dependent side-effects, such as cytokine storm and neurotoxicity. In addition, potential limitations with T-cell based therapies have raised concerns. For instance, a patient who is already immuno-depressed from a first-line treatment may not have sufficient T-cells to modify or stimulate.

For these reasons, investigators are now looking to another type of immune cells, NK cells, for the next breakthrough in immunotherapy. By opening the door to exploring new therapies capable of delivering improved efficacy with reduced risk, NK cell therapy has the potential to transform the burgeoning field of immunotherapy.

The advantage of NK cells


While T-cells are considered to be part of the adaptive immune system, NK cells are categorised as a cell within the innate immune system. Similar to cytotoxic T-cells, NK cells have the ability to recognise distressed cells (such as cancer cells) and kill them.

This capability has led investigators to explore whether NK cells can be used in immunotherapy much like T-cells are used, but without the side-effects often associated with Tcell- based treatments, such as cytokine storm or GvHD (graft versus host disease).

In turn, immuno-oncology researchers are leveraging the knowledge they have obtained from the use of T-cell therapy and applying it to NK cells, with the goal of developing immuno-oncology treatments that are efficacious while avoiding the risks associated with other immunotherapies.

All are in various stages of investigation and testing.


Bispecific antibodies are being developed to engage NK cells and bring them closer to their cancer targets to cause direct killing. An example of such an approach is the bispecific antibody therapy from Innate Pharma. To activate NK cells to attack a tumour, this therapy uses an antibody to bind to an antigen on the surface of tumour cells on one end, and the NKp46 activating receptor on the surface of NK cells on the other end.

Induction of ADCC is another approach to using NK cells for anti-tumour activity. ADCC uses Fc receptors that are expressed on NK cells to find and kill antibody-coated target cells. Affimed is one company investigating this approach for the treatment of Hodgkin’s lymphoma.

Development of CAR-modified NK cells takes a similar approach as CAR-T therapy – leveraging the cytotoxic capabilities of NK cells. This approach is being used by Fate Therapeutics, which has entered into a two-year collaboration with the University of California San Diego to develop off-the-shelf CAR-NK cell-based immunotherapies.

These three approaches can be utilised alone as a treatment or in combination. For example, Fate Therapeutics is combining cell therapy and antibody-based therapy to induce ADCC. It announced in February 2018 that the first subject had been treated in a study of advanced solid tumour treatment with its FATE-NK100 markedly in combination with a targeted monoclonal antibody therapy.

Regardless of the specific mechanism employed, NK cell-based cancer therapies may offer crucial treatment advantages compared to T-cell based therapy, including less concern about the side effects associated with T-cell based treatments.

For CAR-based NK cell therapy in particular, there are additional potential advantages. For instance, since human leukocyte antigen (HLA) matching is less of a concern with NK cells as compared to T-cells, allogeneic transplantation (transplantation from a donor that is not genetically identical) may be possible, so that one donor/NK cell line could provide a cure to multiple patients. Therapy production also may be streamlined when therapies do not have to be personalised to each patient, creating cost-efficiencies.

These rapid advancements in cell therapies indicate that harnessing various parts of the immune system yield potent treatments for common diseases such as cancer. Going forward, immune-oncology researchers will look for systems that accommodate the complete arsenal of the immune system.

To do this, better testable in vivo animal models capable of accepting, supporting and sustaining the full repertoire of human immune cell lineages are needed. Critical insights into how the host system can accommodate the unique requirements of cell therapies by providing the most appropriate environment for testing were recently published for multiple immune cell types.

Recent work by Nilsson et al at the University of Gothenburg demonstrated that transgenic expression of supportive cytokines were key for T-cell survival and effector function in a novel autologous T-cell transfer model with patient matched-melanoma xenografts (1). This work has broad implications because most immune cell lineages source homeostatic and effector signals from their environmental cytokine milieu which may not be supplied by the rodent host system. 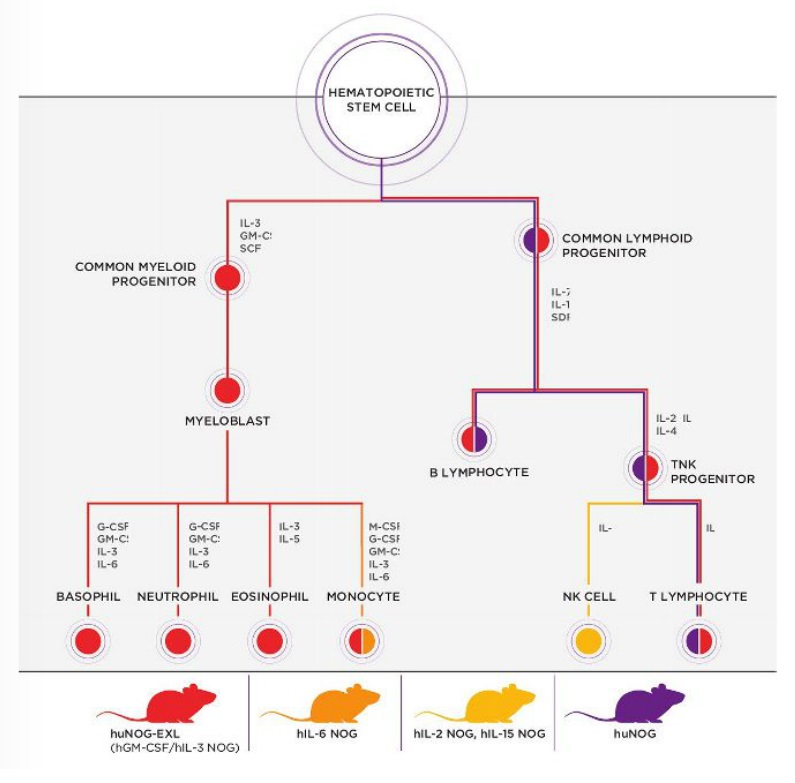 To best replicate the appropriate treatment environment, animal models must provide the necessary molecular signals intrinsic to the disease micro-environment, and also provide sufficient viability factors to complement the evolutionary requirements for human cell functions working within the context of the rodent host. Understanding which cytokines are sufficient for functions and those that are necessary tonic signals to keep human cells at homeostasis are major parts of reassembling the host micro-environment suitable for efficacy testing.

Work from the Nilsson lab demonstrated that advanced models for testing T-cell therapies could reveal new insights into how CAR-T and adoptive cell therapies can be tested and leveraged to optimal patient outcomes, but the impact applies to other immune cell types with similar requirements.

Researchers at the Central Institute for Experimental Animals (CIEA) in Japan have taken this fundamental requirement and extrapolated it to other immune cell types. The CIEA has long been invested in the iterative development of animal models to create an optimal host environment for human cell engraftment.

In particular, the need for novel systems to exploit NK cell biology has been addressed. Previously, NK cell engraftment into immunedeficient hosts has been limited by poor uptake and short viability, making them particularly difficult to study in vivo.

Taken together, this research suggests that as new innovative cell therapies are developed, the test systems sufficient to support them must improve in order to complement their unique biological requirements.

Whether CAR-T, dendritic cell or natural killer cells become the standards for cancer treatment will be critically dependent on whether in vivo test systems fully translate their potential into the human clinical setting. Creative solutions to complement the evolutionary distance between mouse and humans has provided transgenic cytokine-expressing immune-deficient mice.

This is good, but the work does not stop there.

Future developments are aimed at fully developing the most validated complementary system to replicate the clinical setting. Further work, designed to both engineer a better host and build better cell and tissue humanisation practices, are currently under development.

With better elucidation of the basic requirements for human tumour and immune cell recapitulation, model systems can concomitantly evolve to meet the changing landscape of cell therapy testing. DDW

This article originally featured in the DDW Spring 2018 Issue

Dr Azusa Tanaka is product manager at Taconic Biosciences. Dr Tanaka has a PhD in immunology from the University of Chicago. She has published in multiple journals, including Nature Immunology, and was interviewed for a USA Today article regarding immunology, cell and gene therapies and immuno-oncology.

Dr Michael Seiler is vice-president, commercial products at Taconic Biosciences. Dr Seiler has a PhD in interdisciplinary cell and molecular biology from the Baylor College of Medicine and completed postdoctoral research in immune cell development at the University of Chicago. Dr Seiler has authored 15 articles on gene and cell therapies and immune cell developmental biology.