6 August 2020 , Brought to you by Unchained Labs
Posted in Archive | Tagged Analysis

Many biologic drugs are lipophilic, meaning they are prone to strong negative interactions with the silicone oil used to lubricate prefilled syringes and vials. 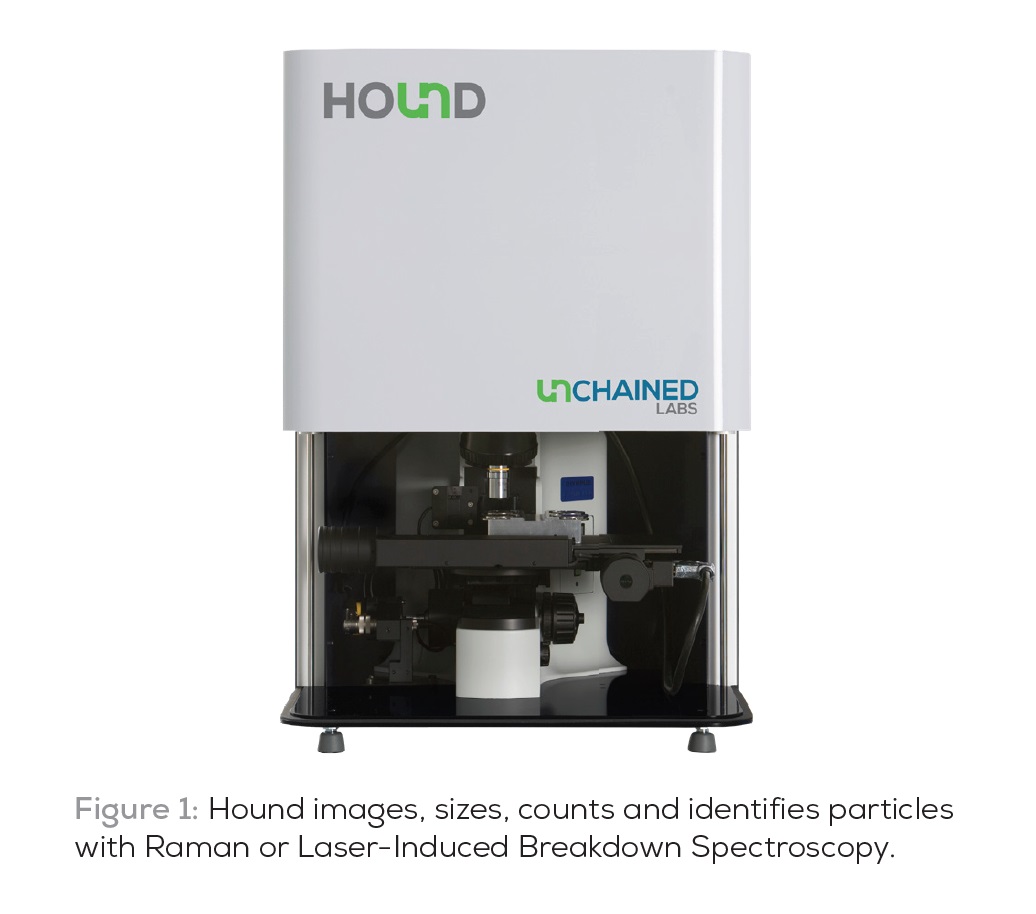 Hound can distinguish between pure protein aggregates and particles made of silicone and protein, providing insight into the root cause of particle formation. In this application note, Hound is used to determine the chemical composition of active pharmaceutical ingredient (API) particles in a protein formulation where silicone oil interactions were a suspected cause of aggregation.

A biologic drug formulation was filtered through a filter round with a 5 μm membrane cutoff. The filter round was then washed 3 times with 10 mL of particle free WFI (0.45 μm syringe filtered). The filter round was analyzed by Hound with automated microscopy and image directed Raman spectroscopy. Integrated dark field microscopy and subsequent image analysis found sub-micrometer thick layers on the surface of the filter round and counted these layers as particles. Hound analyzed an effective filtration area (EFA) of 5.6 x 5.6 mm to acquire the particle size distribution of the sample in 3 minutes.

Automated image directed Raman Spectroscopy was carried out on a subset of particles in the sample. Raman spectra were collected with a 532 nm Raman laser with an exposure time of 5 seconds per particle. In 3 hours Hound determined particle count, size distribution, and chemical composition.

Particles of various compositions, some of which were very large visible particles, were identified in the protein sample (Figure 2). 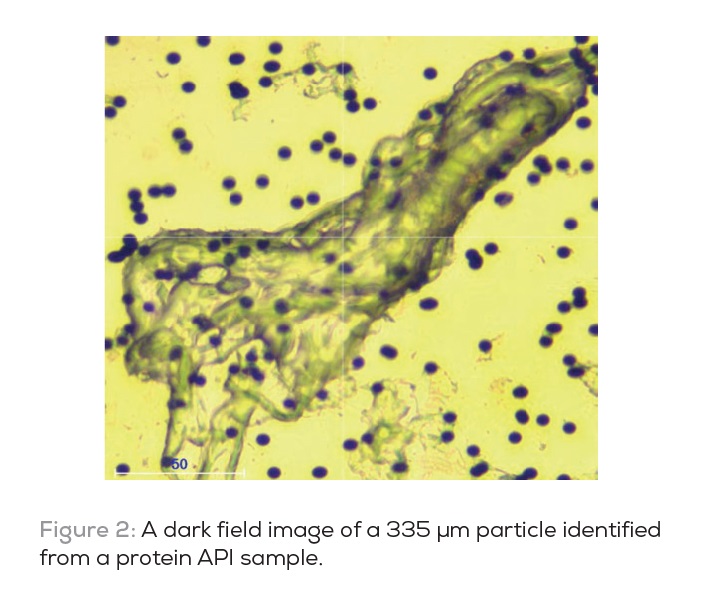 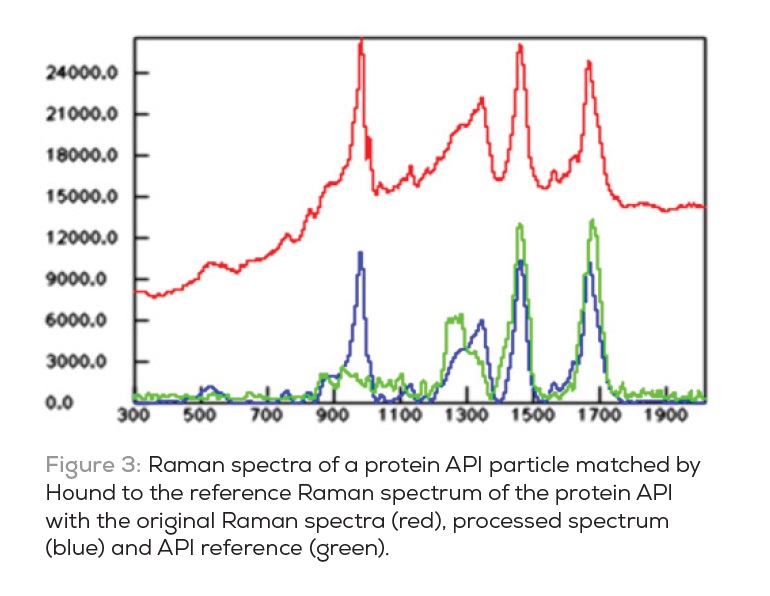 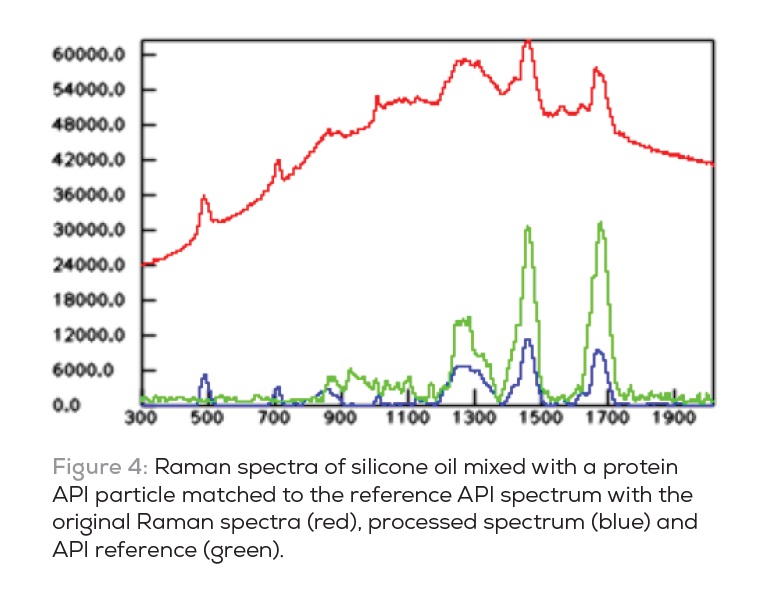 The size distribution and identity of the particles are shown in Table 1.

Hound quickly determines the chemical or elemental composition of particles in protein formulations to get to the root cause of protein aggregation. Automated particle analysis and image directed Raman spectroscopy with Hound allows scientists to investigate particle formation due to interactions with the silicone oil used to lubricate syringes and vials. Hound allows for root cause analysis of protein aggregation, making it possible to take the necessary steps to prevent aggregate formation.

This whitepaper was sponsored by Unchained Labs, you can download the original PDF here

Are imaging innovations the secret weapon against cancer?

Shifting the biopharmaceutical landscape with AI

An inside perspective on the value of diversity in health research