Is single-cell gene expression the next trend in next generation sequencing? 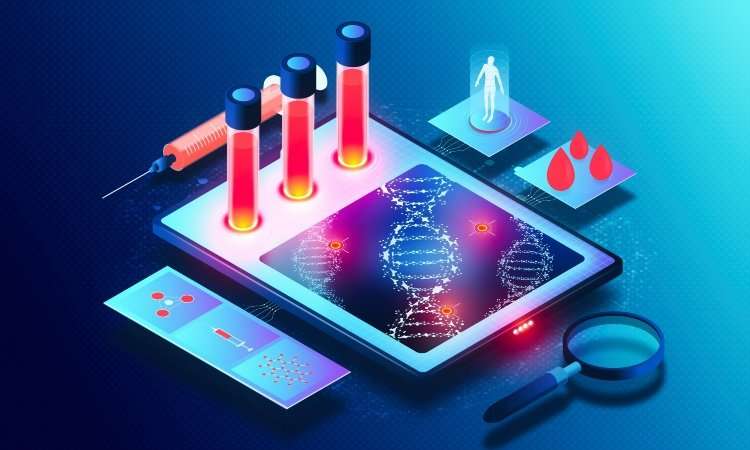 RNA sequencing has become a widely used tool that can explore the transcriptome in a seemingly endless number of applications. While bulk sequencing—or sequencing the transcriptome of an entire sample at once—has contributed to many important discoveries, this method can only offer an average readout of the transcriptome across a sample. This precludes getting a full picture of how different cell types or subpopulations are behaving within a complex sample, a technological limitation that makes it impossible to capture the heterogeneity within a sample and the roles that each cell type plays within the tissue. Until recently, the ability to look at the expression of single cells within a sample came with a trade-off. Researchers could look with high resolution at single cell gene expression but only from a limited number of cells. This meant losing the ‘big picture’ of the entire sample. With the development of single-cell RNA sequencing (scRNA-Seq) technology, this was no longer an issue. Researchers can now perform high-throughput sequencing of the transcriptome of single cells to unravel the complexities of gene expression in multiple cell types in the same sample.

Instead of taking a snapshot of the transcriptome of the forest, with no information on how the individual trees are behaving, scRNA-Seq allows researchers to take a snapshot of each individual tree. These snapshots then form a high-resolution collage that delivers big picture information that can identify all of the different cell types present in a sample and find new ones. This collage also makes it possible to do things like characterise the role of discrete cell types or determine how each cell type may respond to a treatment, which is important in heterogenous tissues like tumours.

An example of this can be found in a recent study led by Genentech’s Chang, M.T., Shanahan, F., Nguyen, T.T.T., et al. 20211, where researchers used an innovative scRNA-Seq method to characterise transcriptional features of cancer cells that were resistant to therapies that inhibit epidermal growth factor (EGFR) and used this information to discover a key aspect of how these drugs work. The method they used was tracking differential clonal response by scRNA-Seq (TraCe-Seq), which makes use of barcoded cells to track the survival and gene expression of newly created subpopulations of cells. The ability to isolate and profile transcriptomes of cell subpopulations is important in cancer biology, where heterogenous cell populations respond differently to therapies, which can limit treatment efficacy. Currently, the methods used to characterise drug response and resistance are only able to study endpoints after long exposures to therapies, which miss early adaptive changes or genetic features that facilitate the formation of subpopulations, as Chang, et al. describe.

In this study, the researchers tracked the response of lung cancer cells with an EGFR mutation to an EGFR kinase inhibitor and a next-generation EGFR inhibitor-degrader. EGFR is a growth factor receptor that, when activated, has kinase activity that stimulates cells to grow and proliferate. Mutations in this gene cause cells to grow uncontrollably and form tumours. Therefore, inhibiting EGFR kinase activity has become an important precision oncology therapy. However, some patients do not respond to it or become resistant to treatment. One new potential therapy of interest is an EGFR inhibitor-degrader. In addition to acting as an inhibitor, this molecule also recruits E3 ubiquitin ligase specifically to EGFR, upon which it is tagged with ubiquitin, a molecule that labels proteins for degradation.

Using a cell line (PC9) that develops a well-documented subpopulation that becomes resistant to therapy, the researchers created trackable subpopulations of these cells by infecting them with a virus encoding random 30 nucleotide-long ‘barcodes’. Each cell receives a unique barcode that is passed on as the cell divides, creating subpopulations of cells that all share the same barcode and characteristics. To create subpopulations that are resistant to the EGFR therapies, the barcoded cells were treated with one of several therapies for four days to inhibit growth. This length of time allowed the researchers to capture subpopulations that were still sensitive to the growth-inhibiting therapy. These were used for comparisons and were inhibited from growing, meaning they contain fewer cells. Conversely, the subpopulations that continue to grow, and are more plentiful after treatment, are resistant to the therapy. Using the relative sizes of the subpopulations, the researchers were able to distinguish between drug-sensitive and drug-resistant groups, and used scRNA-Seq to look at gene expression differences between these populations to identify transcriptional differences that affected drug sensitivity. This allowed them to uncover a potential mechanism for resistance to the EGFR degraders.

As part of their study, the researchers found that the EGFR inhibitor-degraders were, surprisingly, less effective than EGFR-inhibitors at preventing the cancer cells from growing. The inhibitor-degraders were less effective because EGFR-inhibitors need EGFR itself to be fully effective. Subpopulations that were resistant to the EGFR degrader had reduced expression of genes associated with protein processing in the endoplasmic reticulum (ER).

They hypothesised that when EGFR binds to the inhibitor, it elicits ER stress and a signal that triggers cell death. This signal might make the therapy kill more cancer cells and was absent in the cells where EGFR was degraded. In their subsequent experiments, they saw that inducing ER stress in cells that received the EGFR degrader killed more cancer cells. They also found that using drugs to activate signaling stimulated by ER stress made the EGFR inhibitors more effective.

Using a newly developed scRNA-Seq method, the researchers were able to uncover insights into the resistance that cancer cells develop to EGFR-targeted therapies, which would have been undetectable with bulk RNA-Seq. By being able to view the transcriptome of individual subpopulations of cells, they were able to identify characteristics that underly resistance to cancer drugs, gain insights into a paradoxical mechanism that limits the effectiveness of EGFR inhibitor-degraders in their model, and find a way to manipulate that mechanism to potentially make EGFR inhibitors more effective. Going forward, there is potential to modify their method so that live cell subpopulations could be isolated and used for other assays using the barcodes in many cell systems.

There are several next generation sequencing (NGS) platforms available, and each one has particular requirements related to its instrument design, meaning that their libraries are not exactly the same. Similarly, the software needed to analyse these targeted libraries can vary from developer to developer, or company to company, depending on whether the researcher is using a bespoke solution developed in-house in their research laboratory, a commercially available off-the-shelf solution, or a combination of the two. For their study, Chang, et al. opted to use a commercial targeted scRNA-Seq assay from 10x Genomics to profile the gene expression of the single cells and the targeted library was sequenced on an Illumina NGS platform.

There are many other exciting advances that help researchers tailor their scRNA-Seq projects to their specific needs and better understand different cell types within their samples. One of these is the development of targeted panels for scRNA-Seq. Enriching for specific genes allows researchers to focus only on the genes that matter most to their research area, which means that studies can be scaled up to cover more samples, timepoints, or conditions. These targeted panels detect the expression of a fixed set of genes to help in characterising and validating disease pathways, biomarkers, and genetic signatures in research areas like cancer, immunology, and neuroscience. The targeted gene expression workflow starts with a single cell gene expression library, which is made as part of the preparation for any scRNA-Seq assay. This library is enriched for specific genes of interest using tagged DNA probes called baits, which detect all of the coding regions of the genome within the transcripts of interest, allowing the expression of all relevant isoforms of the target genes to be measured. The resulting targeted libraries can be sequenced on a next-generation sequencing (NGS) platform and analysed with software that is specifically optimised for targeted analysis.

In addition to targeted scRNA-Seq, there are several other capabilities that will be important to the future of scRNA-Seq. Scaling up and allowing larger-scale experiments is an important area where the market could expand in the future. There are some situations, like performing antibody discovery, high-throughput functional genomics screens, and profiling the immune system, where sequencing large numbers of cells in the hundreds of thousands or even a million cells at once is needed. This also can be important in the translational and clinical research done by pharma and biotech companies. Another area where the market is currently expanding is in automating data processing. Many biologists do not have extensive experience working with large genomics datasets, so there are many efforts aimed at trying to lower the barriers for using scRNA-Seq by automating data processing so researchers can get annotated cell clusters in their dataset to work with.

While scRNA-Seq is still a relatively new technology, a variety of applications have already been developed that have enabled many important findings and allowed researchers to see things they could not see before. This has allowed for the discovery of new cell types, especially in cancer, and an understanding of how they contribute to disease. Using previous methods with lower resolution, these cell types were drowned out in the noise of more prevalent cell types. It has also enabled researchers to see which cell type a drug is acting on or how each individual cell type responds. While cancer and immunology have been the focus of some important scRNA-Seq studies, neuroscience, development, and rare diseases are fertile grounds for future scRNA-Seq studies and areas where things are just getting started. Single-cell sequencing could also be used for translational research in the future as a means to better stratify patients into groups for a study.

In summary, scRNA-Seq has and will continue to open new avenues of research to better elucidate disease mechanisms and how to disrupt them therapeutically, revolutionising both basic life sciences and translational research.

Disclaimer: RUO—For research use only. Not for use in diagnostic procedures. Unless otherwise agreed to in writing, IDT does not intend these products to be used in clinical applications and does not warrant their fitness or suitability for any clinical diagnostic use. Purchaser is solely responsible for all decisions regarding the use of these products and any associated regulatory or legal obligations.

Dina Finan is a Senior Market Segment Manager at 10x Genomics, a life science technology company building products to interrogate, understand, and master biology. She is a PhD-level scientist and product manager with more than 10 years of experience working in the biotechnology industry. Dr Finan earned her PhD in Biochemistry from Stanford University School of Medicine.

Nick Downey is NGS Collaborations Lead at Integrated DNA Technologies, a global genomics solutions provider driving advances that inspire scientists to dream big and achieve their next breakthroughs. He earned a PhD in Molecular Biology from University of Iowa and gained postdoctoral experience and time as an assistant professor. Dr Downey has been at IDT since 2012. 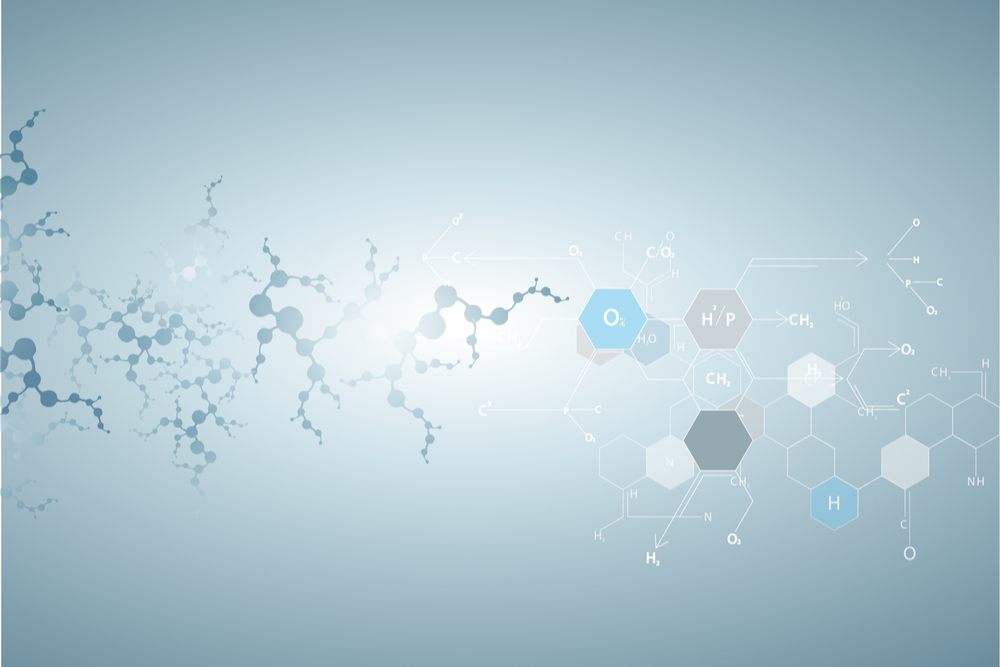 IOB sequencing method could become ‘tool of choice’
31 May 2022