Interview: How this ‘hotel for scientists’ offers opportunity for biotech start-ups 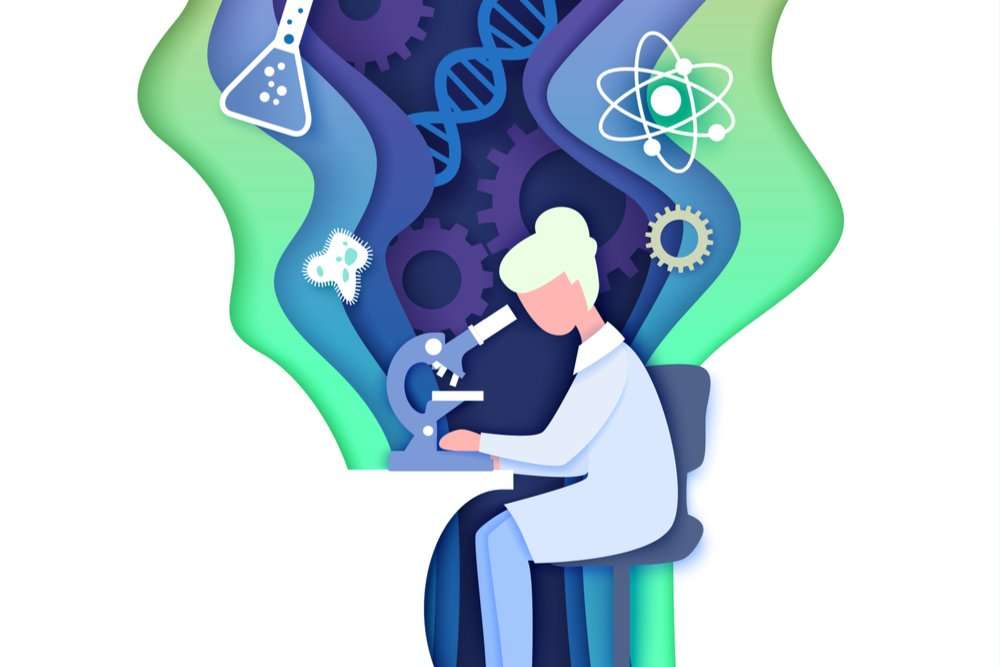 Open Cell, a ‘hotel for scientists’ in London, UK, provides a cluster of small labs within a large shipping container facility, that are available for short-term rental by biotech startups with a range of shared services and facilities. As well as private labs, the facilities provide access to equipment worth millions of pounds for just a few pounds per day. DDW’s Editorial Assistant Megan Thomas caught up with CEO Helene Steiner about the company and its capabilities.

Thomas Meany and Helene Steiner founded Open Cell in 2018. Previously, the two had met in a researcher capacity in Cambridge, where Meany was at Cambridge University in the plant science and bio engineering department and Steiner was at Microsoft Research. Steiner’s background was in mechanical engineering and design, while Meany is a physicist, so the two entered the life science world in a slightly unorthodox way. Steiner said: “It was very much an engineering approach, to be honest. We always had an approach of how to optimise things and how to bring in electronic engineering and software to help life science and experimentation.”

Steiner said the two had reached a point in their scientific journeys where they were growing increasingly frustrated with the nature of research. Though it’s exciting to meet people, and while you are afforded the freedom to really explore your field and dig really deep, they found they would often you end up with good ideas, fantastic outcomes, but not much came from them after publication other than a pat on the back before moving on to the next research. Steiner said: “Maybe it’s the engineers in us, but isn’t the whole idea that you put research into people’s hands? There’s so much great opportunity there. I guess both of us kind of like got fed up with this, moving on to the next research paper and then the next research paper. We decided we’ve got the ideas, let’s enter the real world.”

At this point, Steiner and Meany founded their first company, which was focused on innovative ways to approach protein engineering – it was very ‘researchy’, Steiner jokes. From this experience, they learnt that no matter how innovative your work is, you need a market, customers, and the real world was very different from research. They also learned is it’s very hard to hire and at that stage, based in Cork, Ireland, there was a limited amount of talent when it came to hiring. So, they moved to London to keep trying to expand.

In London, another lesson presented itself. Leaving a university also means leaving lab space and there are limited places to take your innovations in the beginning. That was the beginning of Open Cell.

The first thing they knew for certain was the importance of being price cautious while still needing space to continue their business. At the forefront of their mission was ensuring there was a low entry for biotechnology companies. So, they looked in all sorts of different locations.

That’s when they received a call and were taken to Shepherds Bush market, a 100 year old food market in London. Steiner said: “There are all sorts of outdoor stands. You can buy a suitcase next to a raw chicken and all sorts of stuff. I thought they were trying to propose that I take a food stand and thought… it’s pretty inappropriate for biotech.”

But in the middle of the market, behind a locked gate, was a park of completely unused shipping containers in a very raw state. They had one week to hand in a proposal. They asked themselves, “How crazy is it to turn shipping containers into labs? Could they work?” Steiner likened the scenario to success stories we hear about startups coming out of garages and thought, “Why not apply that to biotech?” They handed in a proposal, got the planning permission for it, and that was the beginning of it.

Initially, the two thought it would just be a way to bring down costs by letting others share in the costs. But what they learned is that running a life science facility is a business in itself. So, they ended the other business and begun doing Open Cell fulltime.

Open Cell then converted the shipping containers, including insulating them. Steiner said: “We found that there was much to take away from the shipping containers. If you think about a building and making labs in there, you have a lot of challenges. When it comes to air and water – all the utilities – they’re really complicated because you have to go through concrete slabs. That’s really expensive. But the beauty of the shipping containers is you can treat them as like an individual small building. So, for instance, by actually drilling in holes, we could really explore how to best optimise he labs and how we can build them from scratch. From the air to the insulation to the layout, we really started to have a completely new approach to labs to bring down the costs, but also to optimise them along the way.

“We started out with three containers in the beginning. We had learned from the last business that you have to look at the market and ask what people want, then ask if it would work. Within a year, we grew to 70 labs. We had full capacity just after a year. That was really exciting.”

Talking about the BioHotel, Steiner said what is really exciting about the “bio village” is that they could learn with their clients, because everybody’s on site. They realised a pattern: When researchers leave university, they’re very used to somebody takingcare of the waste – they have never thought about how clinical waste works, how chemical waste works, all the things that would be natural in a life science company. And, of course, the costs that come with managing it. So, besides optimising in the physical labs, they started to consider themselves like a We Work for life scientists would look like. They asked themselves: What are the services that are life science specific and not just the question of a reception?

One of the biggest challenges they found was waste management, and how to make it easy for  BioHotel “guests” to follow the rules. They also established a system for shipments, so that labs can have their tests sent off and get their results back in a timely fashion. They want to be part of helping small companies optimise and expand. Steiner gave the example of Better Dairy: “Better Dairy actually shared one of our labs with another company. Within two to three years, they took over the entire container, then two containers, three containers and four containers. Last month they raised £22 million and have their own large facility.

“One thing what was interesting is they would have loved to continue growing with us. Because now they had to find a building, get an architect and engineer involved. It really costs and is time intensive. They had to rebuild all the protocols again. With the BioHotel, we have designed work labs that can grow overnight. There’s not this big separation anymore between a small and a large company.”

Steiner said: “We have a digital operating system, which connects the physical lab with a digital one. You have an entire overview of it. We really worked on how we can optimise the operation so all of the equipment is connected. One key part is that we wanted to bring down costs of biotechnology, particularly in the beginning, when you don’t know what your protocol is. You also don’t know what machine you need, for example, and can’t afford to just try something out. We focused on specialists suites, which have really expensive equipment, but you can pay for them them per hour and per day. However, your personal equipment is also connected. We collect all the data that you produce out of the machines.

“When it comes to analytical tools like imaging, it’s about the results and reproducibility. It’s the iterative cycle, right? So, you want to compare all your different experiments. Where was it different? Was it just hotter on the day? In our case, it automatically connects all the data. So, you have an overview of the current temperatures of your fridge but also an alert system if something goes wrong. Often you have reagents in there, which can cost hundreds of thousands of pounds. It’s those kinds of mundane things that have such a big impact, which for us was really important.

Looking back on the five-year-plan

“It’s funny,” says Steiner. “With a startup, you’re asked for your projections. Never works. But you often get asked to have a little bit of a plan, and we looked at old pitch decks, and found we actually did all of it and beyond. We learned so much more.”

Going forward, Steiner and her team are driven by their aim to let companies focus on their tech instead of investing time and money into their infrastructure. She said: “Having a hotel facility exclusively for biotech business allows us to deliver services tailored exactly to the needs of those teams. We have spent most of our careers working in biotech labs and are redesigning the experience from the bottom up with a focus on providing a one-stop-shop for everything life science needs.”

Helene Steiner is the co-founder and CEO of OpenCell, a company with the mission to support biotech startups reach their full potential but lowering the barriers to entry and success. Prior to OpenCell, Steiner worked as a Researcher at the Computational Biology Group at Microsoft as well as the MIT Media Lab. 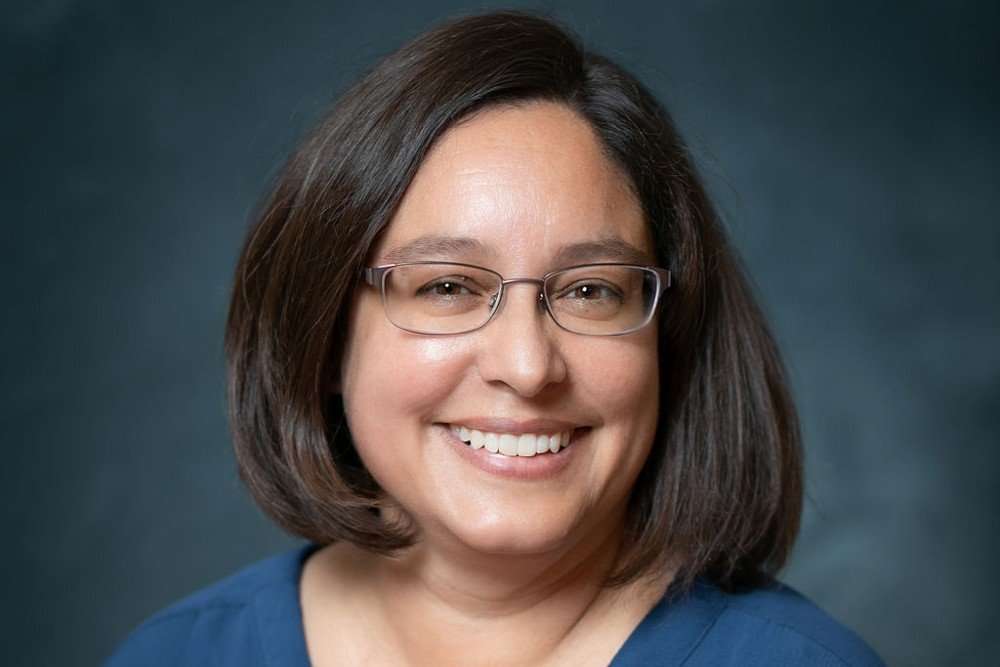 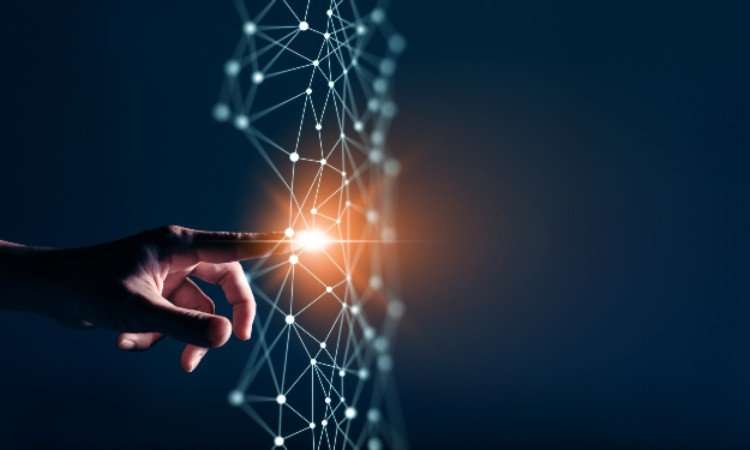