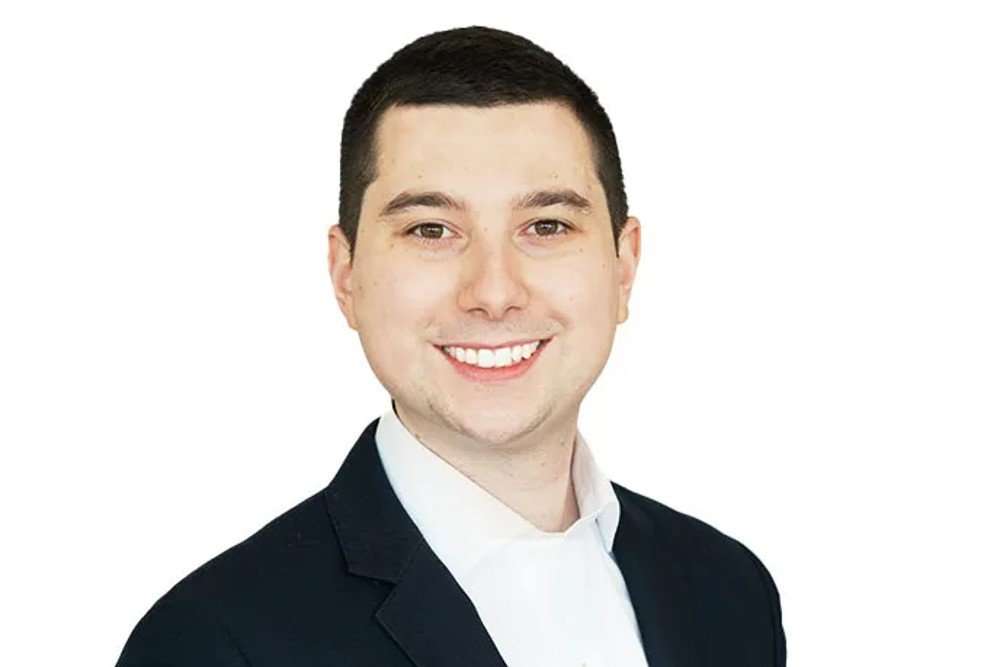 When he was 17 years old, Joe Landolina created a revolutionary gel. Now, he is 29 years old and co-founder and CEO of Cresilon, his homegrown Brooklyn-based biotech company that recently submitted the gel for FDA 510(k) clearance for human use and raised $38.5 million in Series A3 financing last year. DDW’s Megan Thomas caught up with Landolina about his success story.

MT: There is an extreme need to stop bleeding quickly and effectively with a product that is safe, easily used, and able to be used at the point of care. But what inspired you to identify this need at 17?

JL: My grandfather was a retired chemist who owned a vineyard in Upstate New York, and I would work alongside him in his winery laboratory every single day after school from a very young age. I developed a strong love for chemistry, especially plant-based chemistries from ingredients found in nature around me.

Once I was in high school, I was able to enroll in a number of university summer programmes that focused on tissue engineering research which piqued my interest in the application of plant-based materials into wound healing and tissue engineering. I brought that interest back to my winery lab.

Playing around with polymers, I extracted from the cell walls of algae at the age of 17 and discovered a matrix that would instantly bond to living tissue. I had the idea to apply this concept to a traumatic bleeding wound, being able to inject this gel into an actively bleeding wound to create a temporary seal. I entered this idea into NYU’s business plan competition as a freshman in 2010 and began building Cresilon from there.

MT: What has been the journey between point of invention 12 years ago, and Cresilon as it exists today?

JL: Cresilon has grown significantly on our journey from two students in a dorm room with an idea to what is today the only aseptic biomanufacturer in NYC. When we started Cresilon, I was a full-time student enrolled in a combined four-year BS/MS programme in chemical engineering at NYU, so the first four years were focused on bringing the idea from a concept to a working prototype while also finishing my degrees.

When I graduated (along with the majority of our team of five employees at the time) in 2014, we opened our first lab in Brooklyn and raised our first round of investment, planning to outsource manufacturing and launch VETIGEL in 2015. We then realised very quickly that our manufacturing process was so complicated that it was unable to be outsourced.

Luckily, our investors doubled down and we raised subsequent financing to invest in building our own manufacturing site. After a few years of construction, commissioning, and validation, we finally launched VETIGEL into the US animal health market in 2020. In 2021 we filed our first 510(k) application for the use of our technology in humans. We recently expanded VETIGEL globally and are expecting to see our first clearance for use in humans this year.

MT: How can your journey from science to business help other biotech’s looking to achieve similar things?

JL: Our journey with Cresilon was unorthodox in many ways. First, we were forced to manufacture our product in-house since no contract manufacturing organisation could handle our novel manufacturing constraints (extremely high viscosity colloidal aseptic fill). Additionally, we were far less experienced and educated as a founding team compared to most biotech companies when we started. However, we made it work and leveraged our challenges and weaknesses to our advantage. I would hope that seeing our journey can help prove that it is possible for a well-motivated team to bring life-saving technologies to market without necessarily needing to fall into the typical biotech model.

MT: What were the main challenges you faced as a start-up?

JL: Cresilon’s manufacturing process was one of the most challenging issues to navigate and scale as the business grew. In the early years of the company, we had a product that demonstrated a consistent efficacy that far exceeded any standard of care. However, this was moot if we couldn’t produce a sterile product.

Typically, medical devices are manufactured in a clean but not sterile environment and then terminally sterilised (usually through irradiation). Our technology consists of a very carefully constructed matrix of polymer chains that allow it to stop bleeding immediately. This matrix is unfortunately disrupted or destroyed by terminal sterilisation processes, forcing Cresilon to resort to aseptic fill and finish in order to produce sterile product.

This entails irradiating the individual components of VETIGEL before combining them in a perfectly sterile environment, which is further complicated by the high viscosity (somewhere around the consistency of hummus) and inability to filter VETIGEL. All in all, Cresilon needed to design a novel process to produce VETIGEL at scale and while it took time and capital, we now have a fully-functional manufacturing site that will allow us to scale with the demands of our markets.

MT: Can you elaborate on the gel’s plant-based nature and why this was important to Cresilon?

JL: As a young chemist, I was most comfortable with plant-based chemistries because they were relatively safe, easy to procure, and inexpensive to work with. VETIGEL consists of two plant-based polysaccharides in water, both of which have been used extensively in the medical field before. This allows us to have confidence that VETIGEL’s individual components (and VETIGEL itself by extension) are safe and have well-understood toxicology profiles. As a business, this allows us to have a relatively more streamlined regulatory process and offer a product free of animal-derived materials to our customers.

MT: A version of the gel is currently being used by licensed veterinarians treating pets during surgical procedures and the company recently submitted the gel for FDA 510(k) clearance for human use. If approved by the FDA for human use, where do you think this product will be most valuable?

JL: Cresilon filed our first 510(k) application for human use last year under the brand name Cresilon Hemostatic Gel, or CHG for short. CHG is intended to be used in minor external bleeds and should allow Cresilon to expand our mission of saving lives for humans. This product will also serve as the stepping stone for future applications to the FDA, including TRAUMAGEL, which is intended to be used in moderate to severe bleeding such as massive trauma.

MT: What will the $38.5 million raised from Series A3 financing last year be used for?

JL: Cresilon’s last round of financing is being used to expand VETIGEL’s market presence both within the US and globally, as well as preparing for our first-in-human use of our technology. Cresilon is sitting at a huge inflection point as we continue to expand our product portfolio and sales channel reach.

Joe Landolina is co-founder and CEO of Cresilon, a Brooklyn-based biotechnology company that develops, manufactures, and markets haemostatic medical devices utilising the company’s proprietary gel technology. The company’s technology has revolutionised the current standard of care in haemostasis and wound treatment with product lines targeting both the human and animal health markets.

Landolina holds a Bachelor’s degree in Chemical and Biomolecular Engineering and a Master’s Degree in Biomedical Engineering from New York University. With a research background in biocompatible polymers, Landolina was selected as a Barry M. Goldwater Scholar to recognise his outstanding potential in scientific research in 2013. He went on to be named a TED Global Fellow and one of only 10 worldwide finalists in Sir Richard Branson’s Extreme Tech Challenge, a startup competition for purpose-driven companies. 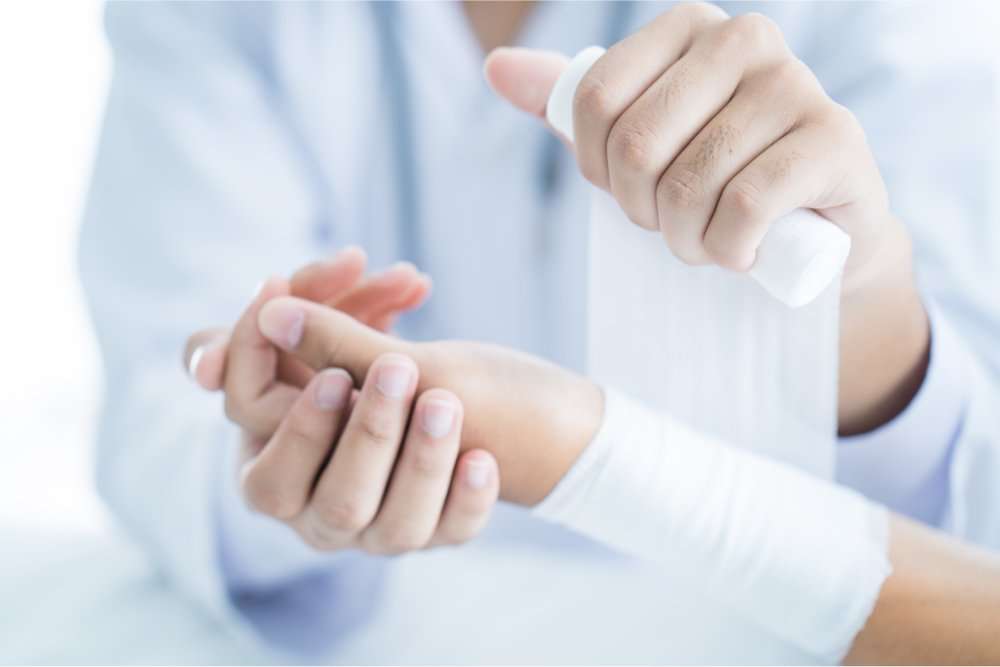