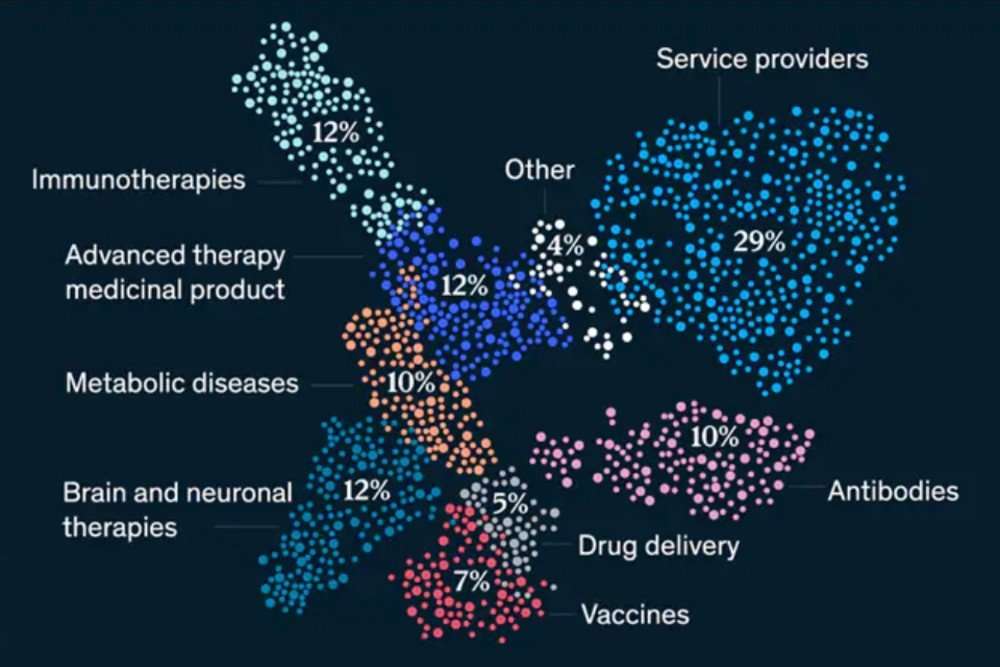 McKinsey has mapped out 1,382 biotechs based in Europe and some interesting themes emerged, showing how European biotechs have established a position of strength from which to enter the industry’s next act. Over the past three years, Europe’s biotech industry has made meaningful progress on attracting capital and bringing products to market.

Europe’s complex biotech landscape comprises hundreds of companies, dozens of countries, and multiple paths to innovation and financing. Of the 1,382 Europe-based biotechs mapped out, nine clusters emerged. As in previous years, service providers remain the largest cluster, with 29% of the European landscape.

While innovation is strong, it varies by country. France, Germany and the United Kingdom (home to the largest biotech hub) stand out as the top three biotech centres in Europe, and together account for half of all European biotechs. France, Switzerland and the United Kingdom have seen the fastest growth, accounting for 63 percent of the biotechs founded between 2018 and 2020. Other European countries are maintaining a steady pace, such as Germany; however, a few are losing momentum. 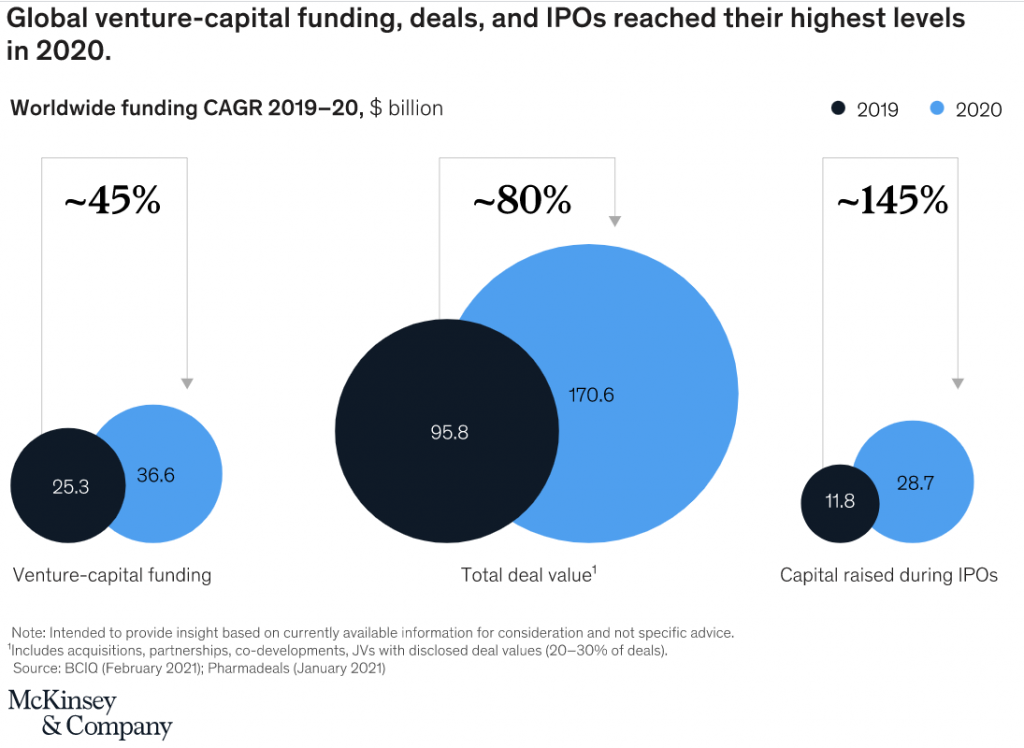 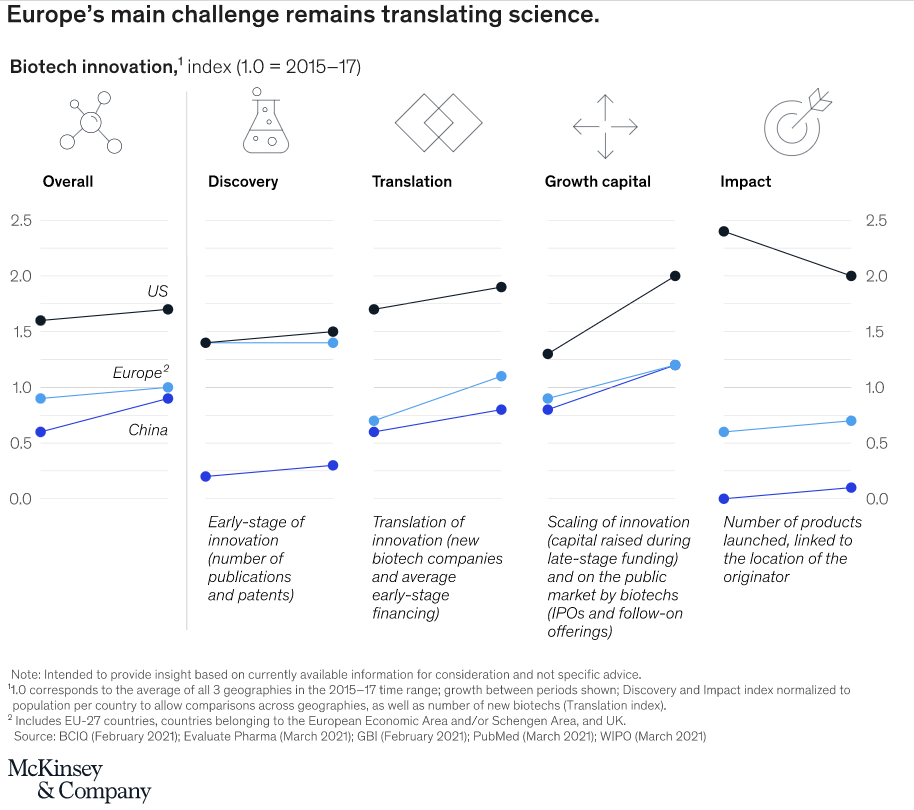 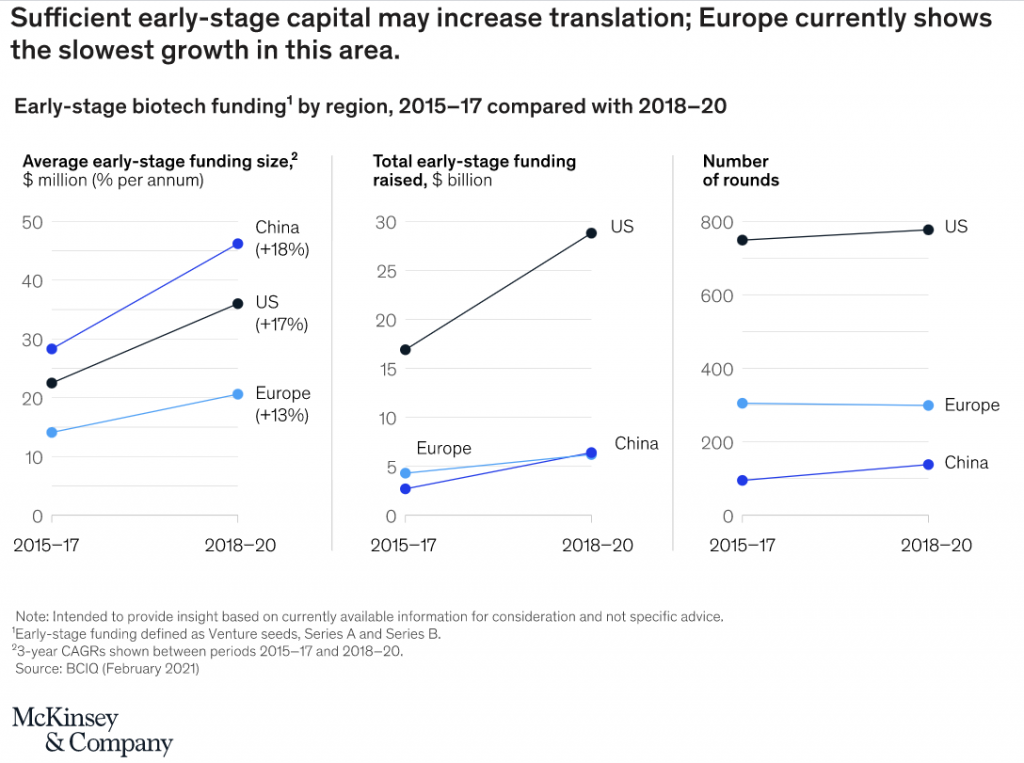