How this biotech is ramping up its psychedelic drug discovery 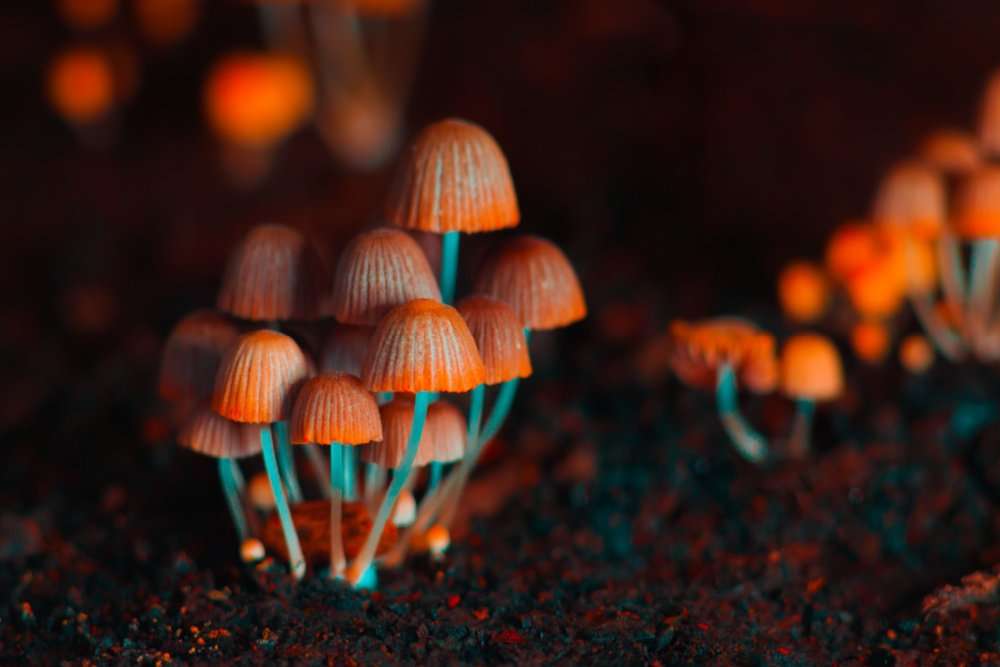 Psychedelic plants and fungi have been used medicinally by indigenous populations over thousands of years. But while psychedelic drug research has witnessed a relative roller-coaster ride of effort since the mid-20th century, more recent interest in the use of psychedelics for treating mental health and psychiatric disorders has spurred a raft of clinical trials1.

Studies are now evaluating the use of psychedelics as integral parts of treatment approaches for psychiatric disorders ranging from depression and anxiety, to post-traumatic stress disorder. Perhaps the most well known of these psychedelic drugs are psilocybin – the hallucinogenic compound found in the magic mushroom Psilocybe cubensis – MDMA (ecstasy), and the hallucinogen LSD – originally derived from the ergot fungus.

In fact, psilocybin is already being deployed alongside more traditional therapies in a number of clinical trials for treatment-resistant depression, anxiety, addiction, and other indications. A late-stage clinical trial evaluating the use of MDMA alongside talking therapy for post-traumatic stress disorder (PTSD) has generated promising results2, and it’s hoped this combination therapy approach will be approved by FDA for treating PTSD.

The majority of companies that are active in the clinical phase of psychedelic/psychoactive drug evaluation are testing “classic” psychedelic compounds. In contrast, Australian drug discovery company, Psylo, is developing a portfolio of next generation drugs for psychiatric disorders that are based on existing families of psychedelic compounds, but which are redesigned as completely new chemical entities (NCEs). The company recently implemented CDD Vault registration system and ELN as its central repository for storing, characterizing and managing its libraries, structure activity relationship (SAR) data, and in vitro and other experimental and screening assay data.

Psylo is leveraging medicinal chemistry, computational chemistry and pharmacology expertise to discover and develop psychedelic-inspired NCEs that target and act on specific receptors in the brain, explains Joshua Ismin, Psylo co-founder and CEO. It’s a two-pronged approach, part of which iterates from the blueprints of natural and existing drug compounds, and applies innovative medicinal chemistry techniques to tweak their structure and pharmacology and so improve activity, efficacy and safety. Separately, by applying large-scale virtual docking approaches Psylo computationally designs, from scratch, completely new structures that dock to and bind with specific 5HT receptors in the brain to exert therapeutic psychoactive effects. There are 15 known 5HT receptors, and Psylo’s aim is to discover new drug molecules that are structurally removed from the natural compounds, but which still act specifically on target receptors such as 5HT2A, but without acting at problematic receptors such as 5HT2B, activation of which has been linked with heart problems.

The company aims to develop drugs that fall into any of three broad categories. The first comprises shorter-acting versions of psilocybin. “This includes a version of the compound that is active for 1-3 hours – rather than the 6-8 hours duration of activity displayed by the natural compound – which can be used as an adjunct to psychotherapy in supervised settings,” explains Ismin.

The second category comprises longer acting compounds that could be microdosed over the long term, potentially as replacements for SSRI antidepressants. The third drug family of interest includes non-hallucinogenic psychoplastogens. “If we can develop compounds that deliver the neuroplasticity that is inherent in a psychedelic experience, but without the hallucinatory effects and the requirement for a supervised ‘trip’, we could extend the utility of psychedelic medicines even beyond neuropsychiatric indications,” says Ismin.

Psylo launched using a virtual drug discovery model. The nine scientists that make up the company partner with a number of contract research organisations (CROs) that synthesise the Psylo-designed compounds, and which also carry out in vitro screening assays against cell models to indicate initial signs of compound efficacy. The company’s iterative design and optimisation programs have already resulted in the synthesis and screening of over 150 novel molecules spanning eight different chemotypes. Further in-depth in vitro assays are progressing, with the first lead compounds already moving into preclinical in-vivo testing.

“On the computational discovery side we’re doing something quite unique for companies in our space” Ismin points out. “We’ve built and validated a 5HT2A receptor model, against which we’ve docked and evaluated over 100 million synthesis on demand compounds. “Using this large-scale docking approach we’ve computationally discovered 1,200 novel molecules with better 5-HT2A docking scores than psilocin or LSD, which fit into six chemical scaffolds.  Representative sets from each of these novel scaffolds are undergoing screening now.”

Psylo has imported and categorised all of the data into CDD. “It’s been critical for us to have a platform with the features of CDD into which we can upload, manage and compare these big datasets.” Manually curating all this data just wouldn’t have been possible, Ismin suggests.

“We have a number of promising lead candidates in the category of shorter acting psilocybin-like drugs, and also in the family of longer acting sub-psychedelic drug candidates,” he says. “In terms of the third product family, we’ve launched a research program with CSIRO in Australia, which will measure the neuroplasticity attributes of our compounds. In June 2022 we were approved for CSIRO’s kickstart grant, which provides up to $100k AUD toward setting up and running that custom assay program.” Through the partnership with Psylo, CSIRO will carry out preclinical work to evaluate and measure the ability of Psylo’s lead candidates to improve brain cell activity.

During June 2022 Psylo also announced a Cooperative Research and Development Agreement (CRADA) with the National Institute of Drug Abuse (NIDA), part of the National Institutes of Health (NIH), focused on in vivo assessment of Psylo’s candidates in rodent models. The organisations will use the head-twitch response (HTR) in rodents to assess the potential psychedelic-like properties of Psylo’s lead compound.

The next stage in the AI roadmap will be to produce additional models for receptors beyond 5HT2A, and generate what Ismin terms “a virtual assay” as an AI-based optimisation framework for evaluating compound hits. “Using this In-Psylico platform we’ll effectively be able to run all of the molecules that we design through a sort of filtration process that can select for and generate a pharmacological profile of molecules that interact with target 5HT receptors, but not those that we don’t want to interfere with.” CDD Vault is helping with the development of that AI platform, Ismin explains, as Psylo can export all of the data being generated through its experimental assays into the computational workflow, to help further inform the In-Psylico virtual assay.

“We’re at the stage where we’ve taken our initial model, we’ve validated it, and we’re now running it in a number of different engines to determine which one is the most efficient and which will allow us to plug into Amazon Web Services and scale beyond just the 5HT2A receptor,” he said.

Psylo started using CDD Vault during early 2022, and has spent time importing all of its existing experimental and compound data into the platform. “Since we’ve embarked on our computational chemistry program of compound design the number of molecules that we need to keep track of is growing rapidly,” Ismin points out. “We were concerned really early on that we would need to future proof our R&D program by finding a solution for managing all of our compound and experimental data, that would also make it really easy for our collaborators to work with us. CDD Vault ticked all of the boxes.”

Psylo did compare CDD Vault with several other packages, Ismin acknowledges, but the company was impressed with a number of features that the Vault and ELN offered. “Sam Banister, who’s our cofounder and CSO, had prior experience with CDD Vault, and so we already had some idea of its capabilities,” Ismin says. “It really worked for us that the package was effectively plug and play, but also easy to use and highly flexible, so we can create families of molecules.” This flexibility makes it easier to catalogue and categorise compounds, and particularly to interrogate compound and chemistry data in context with other assay data for decision making. “And when we’re working with CROs we need to have easy oversight and management of our compound structures and screening assays, keeping our product families categorised as we do in house.”

Before adopting CDD Vault, Psylo had been managing its data manually, using tools such as Google Sheets. “It was complicated, and we were concerned about security,” Ismin points out. As a result, the Psylo team was really keen to invest in a customisable platform that would keep that data secure, but easy to access, compare and visualise.”

The Vault allows Psylo to see and compare molecules in different categories in terms of SAR, and this is helping to inform the design of better, and hopefully more efficacious, and safe new molecules.” SAR and other compound data are particularly valuable for the medicinal and chemistry teams, but the experimental assay and related data captured in the ELN are also providing valuable insights for the company’s pharmacologists.

“One of the things we’re really impressed with is the ability to see trends and correlations between different data inputs, which is critical to help us understand the structure activity relationships of our different classes of molecules. That was something we had been doing manually, but it really wasn’t scalable. Using CDD Vault we effectively have more insight into the attributes of our pipeline compounds.”

Ismin notes that the company just filed a fourth provisional patent. “Having all of our data in the Vault also means that we can streamline how we access and export information securely to our patent lawyers,” he adds. “We’re also going into a fundraising round, and so being able to find, select and export data and reports that we might be asked for, is proving invaluable.”

Psylo has recently completed a laboratory build at the University of New South Wales, which will allow it to carry out its own compound synthesis, and other experimental work, and rely less on CROs. “All our in house lab work will be recorded in the CDD Vault ELN, alongside existing and outsourced work and resulting assay data,” Ismin states. “We’ll be using all of the ELN functionality in the lab.”

The ELN will give Psylo a platform for charting and recording molecular design, as well as for uploading characterisation data, CRO reports and biological data. This capacity for rapid, automatic data upload has addressed what Psylo had considered a particular challenge. As well as not being scalable, manual data handling and input/export is inevitably associated with the risk of error. “Having the Vault as this single source of truth has proven particularly valuable when considering that some of the team is remote, Ismin says. “We don’t have to worry about organising folders and updating spreadsheets, Chemdraw extracts and imported biological data. Also – and this isn’t something that would necessarily have occurred to us before – the Vault is agnostic to MAC and PC operating systems, and to Google, or Microsoft programs, which is an added bonus.”

Importantly for Psylo, the Collaborative Drug Discovery team has been on hand to help advise during the early days of rollout and data transfer across to the Vault. “The people at CDD are always super responsive, answering queries and helping with teething issues,” Ismin notes. “They’ve helped us throughout the process of implementation, and knowing that there is a local CDD expert who we can call on is a particular advantage.” 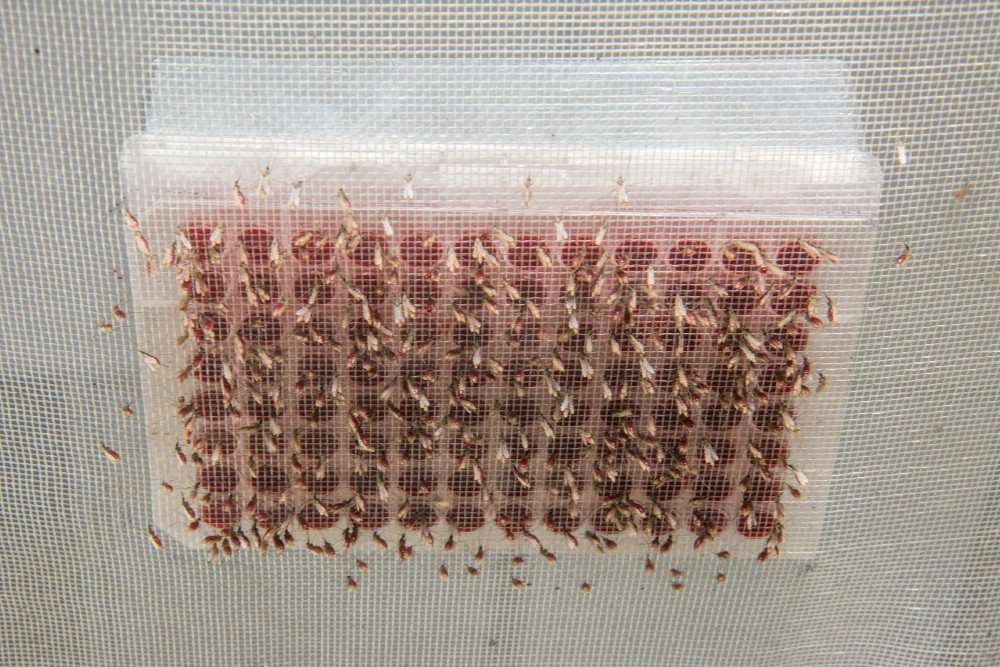 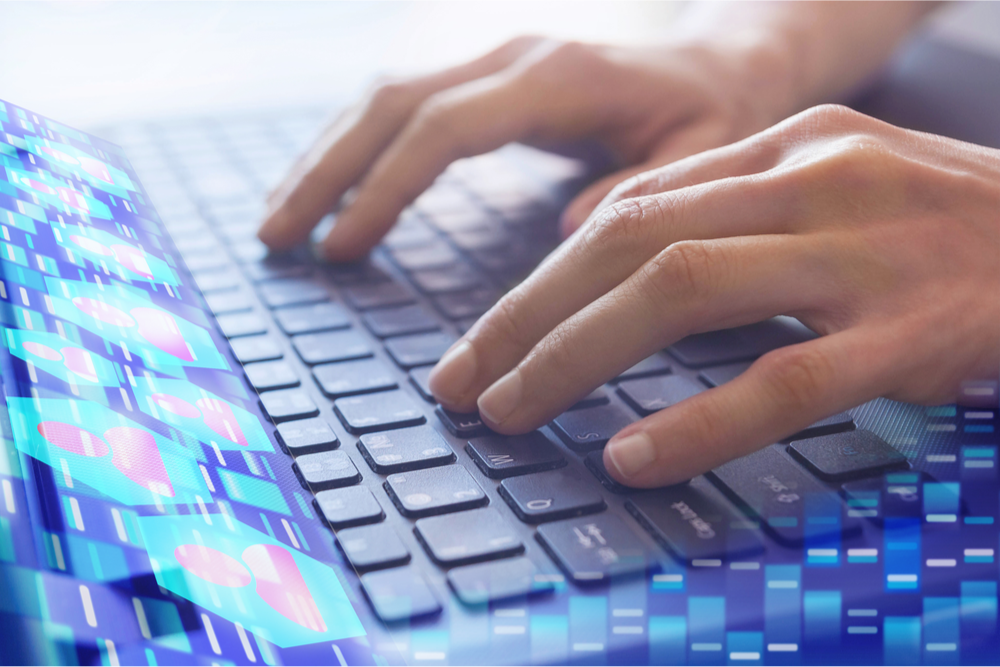