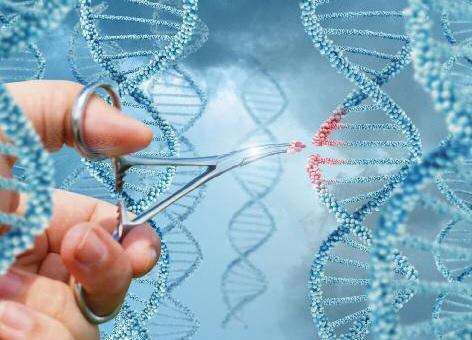 CRISPR-Cas9 has rapidly transformed our ability to perform targeted gene editing. While the technique has received much interest for its potential in the field of gene therapy, advances in its high-throughput use mean it can now open up a wealth of opportunities in drug discovery too.

CRISPR-Cas9, short for clustered regularly interspaced short palindromic repeats, and CRISPR-associated protein-9, has quickly established itself as an important tool for precision gene editing. This powerful technology has transformed our ability to precisely target genomic sites, proving to be faster, cheaper and more accurate than other existing genome editing methods.

While other gene editing technologies such as zinc finger nucleases (ZFNs) and transcription activator- like effector nucleases (TALENs) have played a key role in expanding our gene editing capabilities, these approaches have their limitations. Unlike ZFN and TALEN approaches, CRISPR-Cas9 uses short synthetic guide RNAs (gRNAs) that direct the Cas9 endonuclease to act on specific genomic sites. As this specificity results from the gRNA, changing the target requires a relatively simple tweak to the RNA sequence.

This simplicity enables gene editing to be directed towards essentially any site faster and more cost-effectively than other techniques (1). Coupled with the fact that the latest generation of platforms offer significantly higher editing efficiency, CRISPR-Cas9 is now seen by many as the preferred gene editing approach for a wide variety of biotech applications (2).

The editing efficiency and simplicity of the CRISPR-Cas9 system has unlocked a wealth of gene editing potential in biotechnology and medicine. To date, much of the interest towards CRISPR-Cas9 has been on its potential for human gene therapy and developing more disease-resistant crops. However, recent advances in high-throughput platforms, such as arrayed screening libraries, mean CRISPR-Cas9 is now emerging as a key tool for drug discovery, from target identification and validation through to the development of more translational preclinical models (3).

Currently, one of the biggest challenges in drug discovery is the search for novel, validated and druggable targets. Genome-wide loss-of-function screening is a well-established and powerful approach for the discovery of genes and pathways associated with biological processes. While the previous generation of screening techniques have revealed a large amount of significant and relevant data, the gene editing technologies underpinning these approaches have only taken us so far.

Many early gene knockdown screens were based on RNA interference (RNAi) techniques, a means of silencing genes by deactivating messenger RNA (mRNA). Among the most widely used knockdown screens were those based on small interfering RNA (siRNA). However, while this technique provides an abundance of information on biological pathways, it is frequently hampered by poor gene knockdown rates.

In contrast, CRISPR-Cas9 allows the modulation of specific endogenous genes to cause complete gene silencing, leaving no residual activity to complicate analysis. While pooled CRISPR libraries have made genome-wide knockout more efficient, they require an additional deep sequencing deconvolution step for the reliable identification of hits.

The development of arrayed CRISPR screening approaches is set to provide complete gene knockout without the complexity and cost associated with big data analysis (2). These scalable screening methods may now be able to accelerate the search for candidate genes that could have been missed using earlier approaches.

“Genomic CRISPR screening has the potential to demonstrate which pathways are involved in the manifestation of particular diseases or conditions,” says Gregory Alberts, Global Subject Matter Expert at Lonza. “Once the particular genes associated with responsive pathways are identified, there could be numerous candidates, such as potential drug targets, which can then be assessed for the appropriate responses to drug intervention.”

Alberts believes that these high-throughput screens are well placed to contribute to the major paradigm shift currently taking place in medicine: the move away from treating disease symptoms and towards the targeting of their underlying mechanisms.

“By determining which gene expression or signal transduction pathways are turned on or off in specific cancers, for example, you can potentially target the individual components of these pathways.” In this way, pathway analysis may offer opportunities to attack diseases using a whole range of new approaches. 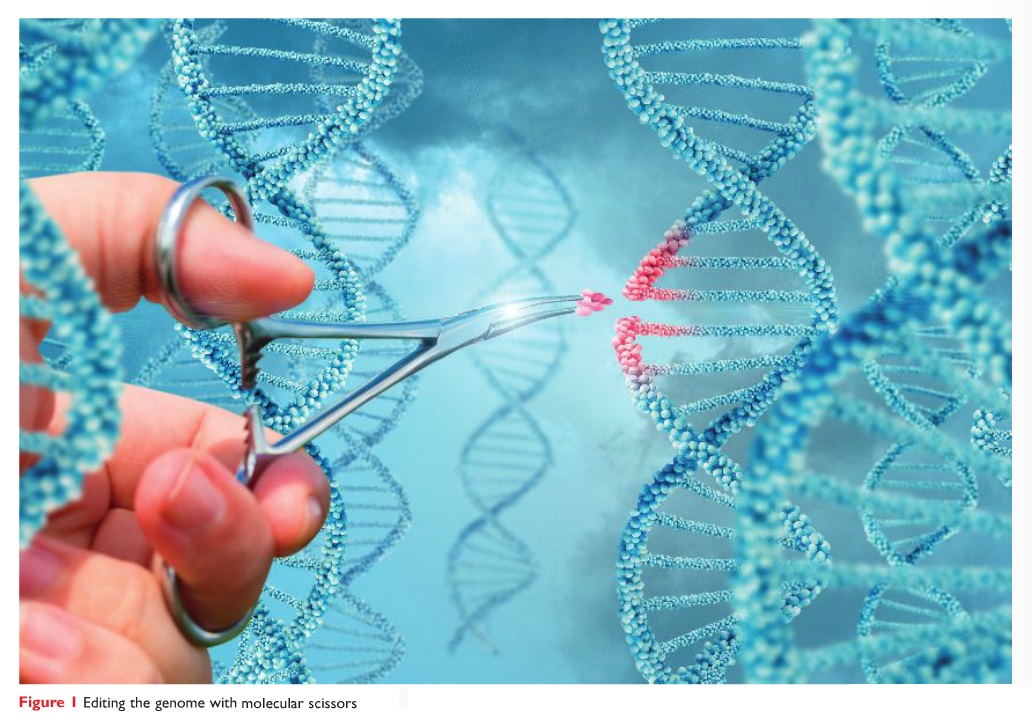 Precision gene editing techniques, such as CRISPRCas9, are enabling the development of more complex disease cell models, especially in cell lines that are more difficult to culture and transfect, such as primary cells or induced pluripotent stem cells.

Able to create more cleavage sites in the genome, these tools allow mutations to be inserted or repaired more efficiently and with greater precision in order to create cell lines that more closely model human disease states. The improved efficiency of CRISPR-Cas9 potentially allows proteins to be studied at native levels, in contrast to more traditional approaches that typically rely on protein overexpression.

Moreover, the cleavage efficiency that is possible with the latest generation of CRISPR-Cas9 tools could potentially help to bring down the cost of developing new models, an opportunity that is exciting Jon Chesnut, Senior Director of Synthetic Biology R&D at Thermo Fisher Scientific.

“In many cases we can routinely cleave up to 90% or even higher of the gene loci in the population,” he tells DDW. “At this level of efficiency, we can start to think about automating these processes.”

Streamlining workflows in that way could improve the predictability of getting the desired clone and would ultimately lower the cost of producing cell lines.

“If we’re able to produce more cell lines, more predictably, at a reasonable cost, we can look differently at how we set up our experiments,” says Chesnut. “Instead of looking at one mutation at a time, we might be able to look at multiple mutations in a particular cell, for the same cost, using a more systems-based approach.”

A number of manufacturers have made highthroughput CRISPR-Cas9 gene editing tools available on the market.

Nucleofection is a proven method for the delivery of genome editing substrates, including DNA, mRNA and Cas9 RNPs, and Lonza offers a range of technologies built around this approach. The 4D-Nucleofector™ System is a flexible, modular system that allows for closed, scalable transfection of larger cell numbers without the need to re-optimise protocols. The 96-well Shuttle add-on enables medium-throughput with the system, and this can be expanded to large-scale transfection using the 4D-Nucleofector™ LV Unit.

Additionally, the 384- well HT-Nucleofector™ Device is a stand-alone system that offers extremely fast plate processing times of just one minute. This high-throughput solution delivers high performance and minimal material consumption, with effective nucleofection of low cell numbers down to 20,000 cells and even lower. The Nucleofector™ Devices range offers a very scalable approach for gene editing, allowing researchers to take their research in the direction they choose.

Thermo Fisher Scientific is applying the power of the CRISPR-Cas9 system to high-throughput screening applications with the Invitrogen™ LentiArray™ CRISPR libraries. The range consists of 17 gene set libraries, the complete druggable genome, as well as the whole genome. Libraries can be purchased as single or multiple gene sets, the whole genome, or fully-customised arrays. Each library comes as 96-well plates containing ready-to-use lentiviral particles, with up to four gRNAs per gene target for efficient knockout.

Additionally, the Invitrogen™ TrueCut™ Cas9 Protein v2 has been designed to deliver consistently high editing efficiency across a range of gene targets and cell types, including standard, immune, primary and stem cells. The efficiency achieved using this second-generation protein is among the highest of commercially-available Cas9 nucleases. 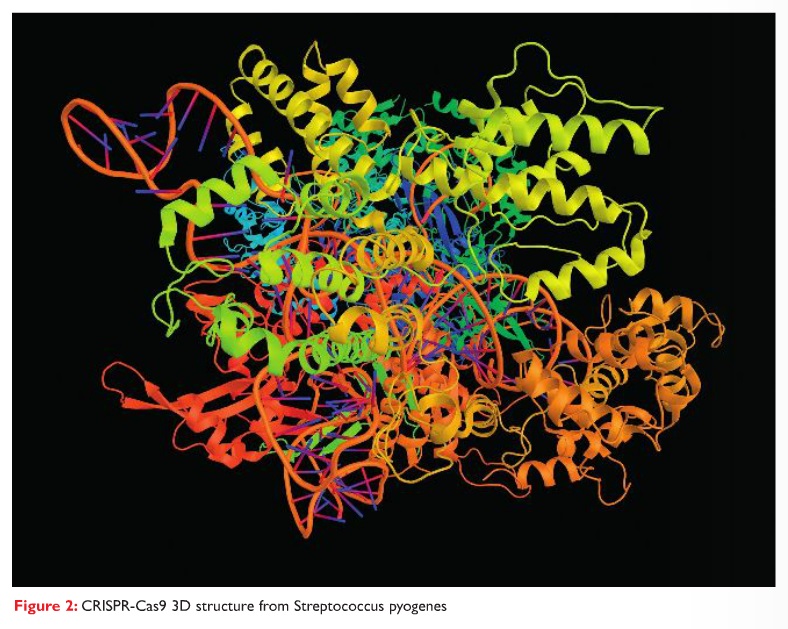 The future of the field

While a small subset of diseases may be attributed to a single genetic mutation, two decades of genetic sequencing efforts suggest that they are the low-hanging fruit. The majority of diseases are multimodal, with multiple mutations in the protein-coding or non-coding genome. To identify the next generation of therapeutic targets, it seems likely that a more systems-based approach will be required.

“The rapid growth in genome sequencing and human genome mapping is giving researchers a much better idea of the ‘parts list’ for particular cells,” says Chesnut. “As well as simply sequencing protein-coding genes, we’re beginning to understand the role of the non-coding genome and piecing together the profile of mutations associated with particular disease states.”

More precise and efficient high-throughput gene editing technologies are playing a key role in these efforts, allowing researchers to knock out genes, study broader mutation profiles and dig deeper into the underlying biology. In the cancer field, high-throughput gene editing tools and sequencing technologies are generating a wealth of information that is enabling scientists to better understand how biological pathways interact in the disease state. Ultimately, this information may be used to create more effective precision therapies.

“Increasingly, gene editing studies aren’t simply focused on knocking out genes but are also looking at mutation profiles.” Chesnut says, “I think we’ll continue to see a shift to more elegant experiments and to a more systems biology approach. As the complexity of the questions increases, so too will the data sets – so we’re going to need more powerful tools to be able to analyse that data using bioinformatics approaches.”

CRISPR-Cas9 has rapidly transformed the field of gene editing, and recent advances in technology are set to open up an array of new opportunities in drug discovery. Its increased efficiency over previous gene editing tools is helping to deliver more translationally-relevant models and, combined with advances in high-throughput technology, it is enabling genomic screening on an unprecedented scale. These developments could help to accelerate the discovery of new disease targets and speed up the development of safe and effective medicines. DDW

This article originally featured in the DDW Spring 2018 Issue

Dr Paul Avery is Managing Director and Dr Richard Massey is a science writer at BioStrata, a life science specialist marketing agency. The company’s growing team in Cambridge (UK) and Boston (US) includes a significant number of people with deep scientific experience and knowledge. The agency offers everything from strategy, branding and message development through to content creation, creative services, digital marketing and public relations.