How ASMS offers more than seeing what sticks 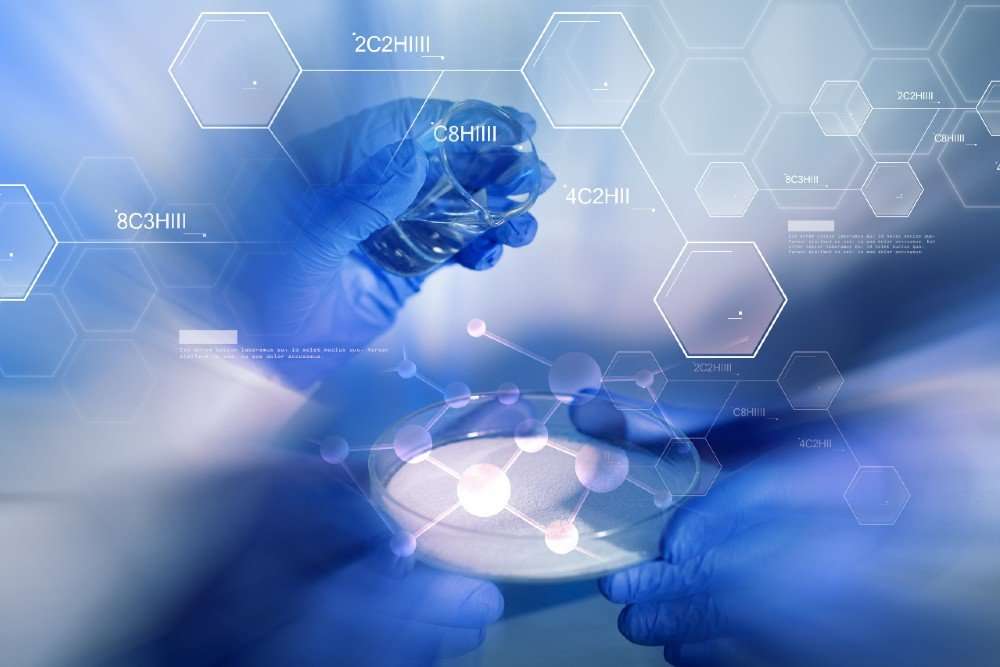 The ability to rapidly identify small molecules that non-covalently bind to a specific target is a critical tool that will benefit many promising therapeutic targets. In drug discovery, binding assays are not a novel approach. Historically, binding assays have relied on displacement formats utilising fluorescent and radioactive probes1,2 that required synthesising specific probes, thereby limiting the approach to identifying competitive molecules. DNA-encoded libraries (DELs) have also proven to be a powerful tool for screening upwards of billions of compounds in functional and binding assay formats3. Molecules are identified by sequencing the unique DNA tags that bind the target. These formats however, offer indirect hit finding strategies and therefore, are often associated with high false positive rates and progress delays.

Since the first description nearly 15 years ago, affinity selection mass spectrometry (ASMS) has gained significant momentum as a powerful approach for identifying novel compounds that engage with protein and oligonucleotide therapeutic targets4,5,6,7. By identifying compounds based on their mass ID, ASMS provides a direct readout of the bound molecule, thereby instilling confidence in initial hits. While target and method-specific approaches to ASMS may vary, they follow a general workflow that includes several steps:

This workflow has been applied with some variations using distinct methodologies and mass spectrometry instrumentation. Understanding the advantages and limitations of these different approaches is critical for selecting the technique suitable for a given target and increases the likelihood of meeting drug discovery goals. While the workflow is straightforward, there are intricate details that will impact data quality. This article breaks down three critical aspects to consider to maximise the success rate of an ASMS-based drug discovery programme.

The most critical property of the small molecule library is the purity of each compound. Impurities will introduce false positive and negative results that will complicate hit validation efforts. Unlike many indirect binding assays, a major advantage of detecting the mass ID of a binding molecule is that multiple molecules can be tested simultaneously. Small molecule library ‘compression’ accelerates the screen but may also introduce some challenges. Testing up to thousands of compounds in a single reaction increases the chances of missing competitive compounds. The presence of an aggregator or bad acting compound may also prevent a proper assessment of the other hundreds or thousands of compounds in that reaction. As more compounds are added, the concentration of each compound decreases and weaker although legitimate binders may be missed. How much to compress a library can be influenced by the quality of the library, purity, devoid of bad actors and PAINS compounds, the throughput of the ASMS approach and the target of interest.

ASMS techniques have evolved since the initial description and several distinct approaches have been reported. Each varies in the experimental design, throughput, reagent requirements and mass spectrometer instrument. Keeping the general workflow in mind, here are three popular and emerging approaches that offer key solutions for identifying small molecule binding compounds to    diverse targets.

ALIS has proven to be a powerful ASMS technique for protein and RNA targets.7,8 The ALIS workflow relies on two column chromatography steps. The first column isolates the small molecule-target complex. The second column dissociates the complex prior to MS detection of the small molecule using an electrospray ionisation (ESI) source. The use of column chromatography, and the requirement that each reaction is separated individually, limits the throughput of the approach. To accelerate screens, most users of ALIS utilise highly compressed libraries with hundreds or thousands of compounds per reaction. With up to 2,500 compounds per well, nearly one million molecules can be screened in a single 384-well plate.

Before progressing with an ALIS screen, it is important to consider the stability of the target of interest. With each reaction processed separately, the amount of time the target incubates with the compound pool may differ between the first and last reaction, which could be significant based on the pace of the workflow. Integrating a control compound throughout the process will increase the confidence in the screen from start to finish.

Once data is generated, analysing the data is another challenge. Compounds may fragment requiring deconvulation, complicating the identification of specific compounds from highly compressed libraries. Dedicated software that predicts compound fragmentation and isotopic distributions will be valuable for improving the identification of promising binders and converting hits to lead molecules.

A recent report offered two adaptations to the general ASMS workflow to increase the throughput, exemplified by screening 23,000 individual compounds in a 24-hour period9. Rather than column chromatography, where each sample is analysed sequentially, the approach utilised size exclusion chromatography (SEC) resin in a filter-based plate format, allowing the isolation of complexes from each sample simultaneously. An elution buffer can then be added to dissociate the complex and isolate the bound molecules. At this step, it is important to remove salts, detergents and other buffer components that may lead to ion suppression in MS analysis. To assist with hit identification, several components are included to control for proper SEC separation and an internal standard to determine relative binding of each compound.

For data generation, matrix assisted laser desorption ionisation (MALDI) MS is used to detect the mass of the eluted compounds. MALDI offers a high-throughput readout, with several reactions analysed per second, further accelerating the screen. At this pace, library compression does not have to be as extensive to complete a large screening campaign in a time efficient manner.

Innovations with self-assembled monolayers (SAMs) have enabled the immobilisation of small molecule-target complexes in a 384 or 1536-plate format followed by detection of bound compounds by MALDI MS10. The use of the monolayer requires that the targets feature a handle for specific immobilisation of the complex prior to a rapid wash to eliminate non-binding compounds. The synthetically flexible monolayers can be tailored for diverse chemistries, including biotin-streptavidin, His-tag and NTA ligands, click chemistry, NHS-amine chemistry, and antibody-antigen interactions and many more. Once the complexes are immobilised onto the biochip arrays, the arrays are analysed by MALDI MS. Upon laser irradiation, the monolayer desorbs, the complexes dissociate and the mass ID of the compound is detected. An added benefit of the monolayer is that it can be observed in the MALDI spectrum. Since the monolayer is present at the same density on each spot, it can be used as an internal comparator to determine the relative binding of candidate compounds. Similar to SEC-MALDI, the high-throughput capacity of MALDI is amenable to small compound pool sizes, minimising compound misbehaviour to improve data quality. A recent publication described screening 100,000 compounds in pools of eight in less than eight hours11 and hits were validated using biochemical and orthogonal binding assays.

Each approach has its advantages and limitations, and understanding how these methodologies and their associated workflows may impact the drug discovery programme of a given target is important. For example, compounds with weaker affinities (> 50 mM) may not be detected, or compounds with rapid off-rates may be lost during separation or purification steps. Alternatively, the ability to screen over a half-million compounds in a matter of days, and rank ordering compounds, will rapidly highlight the most promising hits for further development. Of course, speed is only one component, but the data quality is paramount.

Validation of ASMS hits often involves biophysical assay formats such as isothermal calorimetry (ITC), surface plasmon resonance (SPR), differential scanning fluorimetry (DSF) and nuclear magnetic resonance (NMR) to name a few. Each offers quantitative measurements, reporting key kinetic parameters such as dissociation constants (KD) of lead compounds. Each of these techniques differs in its capabilities and have been recently reviewed12.

As more targets are identified that lack functional readouts, the importance of integrating ASMS into a drug discovery workflow is becoming increasingly valuable. This article reviewed three major components of executing an ASMS screen. As with any drug discovery programme, a detailed understanding of each technique, the target and screening compounds will increase the likelihood of designing suitable assays for revealing novel chemical matter that may become your next clinical candidate. 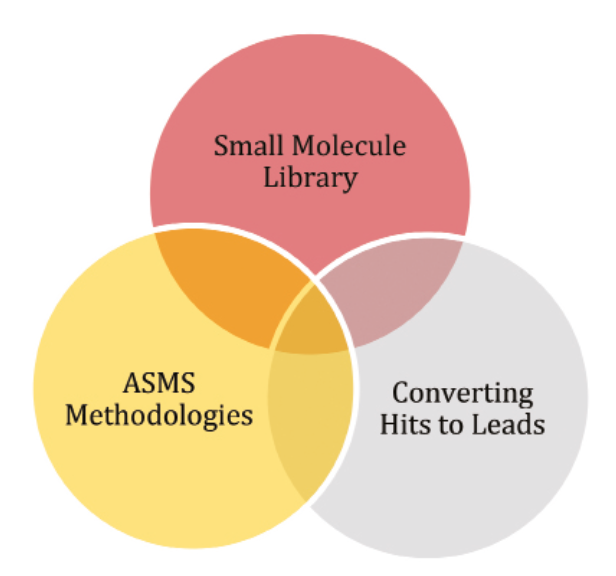 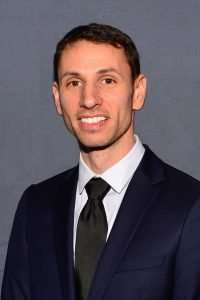 Dr. Zack Gurard-Levin has served as Chief Scientific Officer at SAMDI Tech since 2016. He has multidisciplinary research experience with expertise in chemistry, biochemistry, cellular biology and translational research. Dr. Gurard-Levin was a pioneer user of SAMDI technology. Prior to SAMDI Tech, he was a research scientist at the Institut Curie in Paris, France, leading epigenetics drug discovery and diagnostics projects in oncology. He earned his Ph.D. in chemistry from the University of Chicago and completed a post-doctoral fellowship at Institut Curie.