How an animal model provider can save your resources 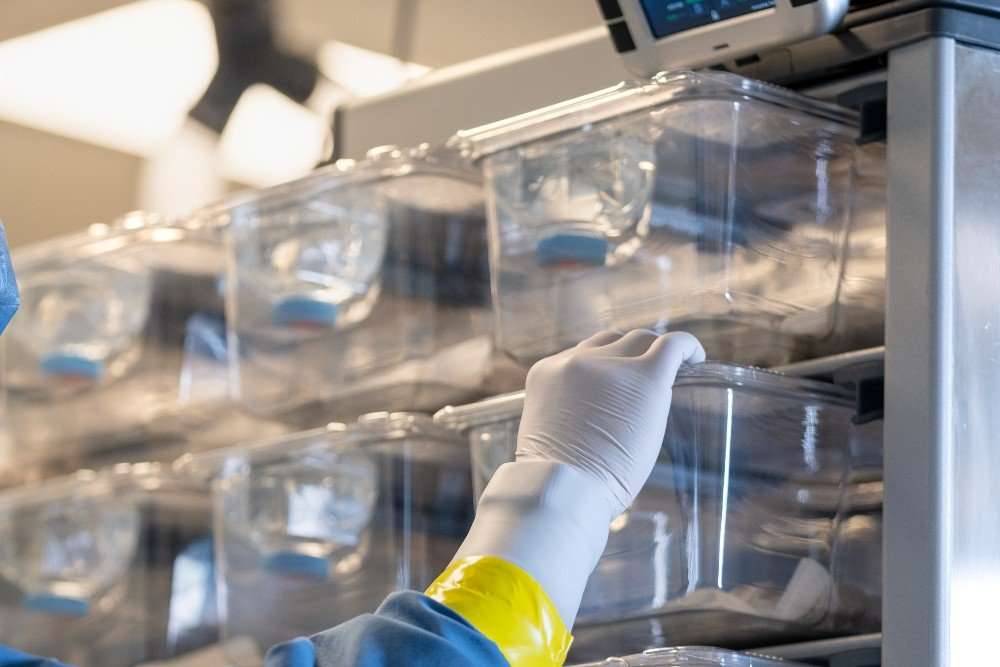 Research organisations engaged in drug discovery rely on animal models, including genetically engineered mice, to support and advance their preclinical work. It’s increasingly common for pharmaceutical and biotech companies to outsource the breeding and colony management of those models, since few can devote the real estate and other resources to staff and operate an in-house vivarium capable of supporting studies from end to end. In the process, these organisations need assurance that their resources will be properly utilised and managed throughout the breeding colony’s lifecycle. A focus on best practices can ensure that the model provider serves as a good steward of a research institution’s resources, ideally reducing the project’s timeline, budget, and total number of animals used.

Organisations outsource critical functions for two primary reasons: A lack of in-house capacity and/or a lack of in-house skillsets. In the drug discovery world, one function that has seen an increasing shift to outsourcing is the breeding and colony management of animal models. Several trends are driving how and why research organisations outsource animal model breeding and what they should expect when partnering with a third-party provider for this function.

Up until the last couple of decades, many pharmaceutical and biotech companies invested heavily in their in-house vivaria, especially for smaller models like mice. It was fairly common for investigators to have the expertise and the supporting staff to manage the breeding and colony management of simpler models like inbred mice, and institutions were willing to devote a portion of their real estate footprint to animal production.

Adding to those hurdles, the Great Recession forced many research institutions to evaluate their drug discovery pipelines, assess their in-house facilities and capabilities more critically, and determine how to best execute on their strategies going forward. Faced with shrinking budgets and a long list of priorities, many chose to devote less space to in-house vivaria and less staff to model breeding and colony management. But their investigators still required increasingly sophisticated tools to support their drug discovery work.

With less vivarium space, staff, and in-house expertise available today than historically, it’s vital for investigators to use their resources as effectively and efficiently as possible. In this environment, proper utilisation and management of the resources associated with animal models has become essential to drug discovery success. That demands a best practices approach that matches the organisation’s goals and strategies with its infrastructure and demonstrates good stewardship of the institution’s time, budget, and animals. Such an approach can help ensure investigators obtain the right number of genetically modified animals, at the right time, on budget, with the desired age, sex, and genotype.

The value of planning

At its core, animal model breeding and colony management is a complex undertaking. And as with any major project, proper planning is integral to success. Given the unknowns involved when working with biological systems, the complexities of genetically engineered animal models, and a breeding function that inherently has limiting steps, it’s the type of effort that demands disciplined, methodical, comprehensive planning that is expert-led, ensuring the best plan is devised and executed. Yet, a plan-as-you-go approach to model breeding is still common practice, often leading to project delays, budget overruns, overproduction, and misalignment with the industry’s commitment to the 3Rs (replace, reduce, and refine).

Research institutions often devote less time and attention to planning and gaining alignment on the animal model breeding and colony management project than they do at the initial stages of designing and generating the model. Yet comparatively speaking, the model generation phase of the project has more well-defined beginning and end points with fewer anticipated changes in strategy than the colony management phase. Once the model moves into the proof-of-concept stage and breeding begins, the process becomes more iterative and evolutionary. With each new generation of animals bred, new data is obtained from the lab and the field, leading to a variety of potential scenarios that eventually inform the optimal next step.

Given the nature of this work, the breeding phase can cost 4-10 times more than the initial model design and generation, depending on the scale of the project, the length of the study, and the complexity of the model. Since the bulk of the effort to arrive at a cohort of study animals happens during downstream breeding, diligent upfront planning—involving all key parties—can help optimise the project, maximise resource use, and hedge the investment already made in generating the model, while ensuring the colony is able to scale to meet the study objectives.

Planning for a breeding and colony management project requires careful forethought and a collaborative approach between the research organisation and animal model provider, both focused on ensuring the effort aligns with short-, mid-, and long-term objectives. The planning process should start with a candid conversation that discusses key questions like these:

The answers to these questions will help guide development of a detailed, customised project charter or plan that outlines the proposed strategy and approach, identifies risks, maps out contingencies, outlines opportunities to accelerate the project in support of the desired timeline, and defines mutually agreed-on metrics of success. The plan should be well defined yet flexible enough to accommodate changing priorities or any shifts that arise from initial study data, for example. Contingency plans are especially critical when it comes to breeding, because they enable the organisation to quickly pivot to a pre-determined Plan B as opposed to attempting to solution on the fly, avoiding lost time in the process. A well-defined project charter or plan will also help align everyone involved, both in-house staff and the outsourcing partner, to ensure the breeding project has the support it needs to succeed.

The investigator should expect the animal model company to take the lead on developing a robust project charter or plan, handle the downstream management, and provide access to a project manager with a depth of experience in breeding to execute the project. Breeding and colony management are functions that can benefit greatly from an agile approach to project management.

Though animal model breeding will always be subject to the inherent limitations of biology, there are proven strategies for approaching this effort in a way that mitigates the risk of delays and budget overruns, while reducing total animal use. Just as research institutions are committed to the ethical use of animals in preclinical studies, model providers are committed to reducing animal use in keeping with the industry’s commitment to the 3Rs.

One of the most effective risk-reduction approaches is to evaluate the breeding and colony management fee structure. A fee-for-service arrangement is most common, based on a fixed fee per cage. But while a focus on cost-per-cage may make negotiation and cost accounting easier, and might even lead to a lower unit price, it’s typically not the most advantageous fee structure for the research organisation. Fee-for-service billing is less predictable, making budgeting more challenging and it rarely results in a lower total cost for the breeding project. Additionally, a pay-as-you-go approach often encourages a plan-as-you-go approach; and as explained earlier, failing to plan well upfront inevitably leads to higher costs, longer timelines, and wasted animals due to overproduction.

To reduce these risks, research organisations should seek a more customised breeding and colony management fee structure that shares risks more equitably and transparently, supports the study objectives, facilitates effective resource use, and champions project success. A more creative fee structure enables investigators to focus on more relevant metrics of success—such as whether every cage used is contributing materially to the project, as opposed to the total number of cages used—but it requires a different degree of trust between provider and customer than a traditional fee-for-service model, along with development of mutually agreed-on goals and priorities.

The difference is akin to how a passenger uses a traditional taxi service vs a newer ride-hailing service like Uber. When people use a traditional taxi, most focus on the per-mile rate displayed on the door as evidence of transparency. But they don’t ask how many miles the trip will be; they just assume the driver will take the most expeditious route. With Uber, the passenger doesn’t see a per-mile rate; instead, drivers quote flat rates-per-trip based on the most efficient routes they’ve calculated using the available data and their own experience.  In the latter scenario, despite the absence of a published per-mile rate, the pricing model provides more transparency, eliminates surprises, and reduces risk for the customer.

Another effective way to mitigate breeding cost and timeline risks is to leverage available techniques to expand a colony rapidly. One such technique is in vitro fertilisation (IVF). Using IVF, a few male donor mice from the desired model can produce hundreds of animals of the same age (birth week). By overcoming the limitations of a natural mating-based rederivation of a model imported into a research institution’s vivarium or a model provider’s breeding facility, this time-proven approach helps overcome the limitations of biology and reduces the timeline to arrive at a study-ready cohort by three to six months. In turn, it gives research organisations faster access to the data needed to determine the best path forward for the study; and in the case of a commercial organisation, that can translate to faster time to market with a new therapeutic. If the data from the initial proof-of-concept cohort is favourable, the organisation can then invest in an expanded IVF-mediated production to quickly enable large-scale breeding efforts. IVF also reduces the total number of animals needed to arrive at a cohort of the desired size, reducing costs and avoiding animal waste. Before proceeding with IVF, the researcher and model provider would need to evaluate the reproduction potential of the desired mouse strain and determine if it’s a good candidate for this procedure.

An additional rapid colony expansion technique which some breeding projects may benefit from is successive IVF, which uses female mice generated via IVF as donors for a second round of the procedure beginning as early as three weeks of age. In contrast, natural mating would require the female mice to reach sexual maturity first, which occurs at about eight weeks.

Reducing animal use and waste

Proper attention to animal health is an equally important way to ensure the model provider is serving as a good steward of the research institution’s resources, reducing animal use and waste, and promoting animal welfare.

For instance, the use of consistent animal health standards across breeding sites and even individual barriers reduces the risk of variability, especially for large or longitudinal studies. That, in turn, helps avoid the animal waste that can result when breeding of successive generations across multiple sites or barriers without stringent standards leads to animals with different health profiles, some of which may be unusable. Clear, timely communication about animal health is integral to success and best accomplished by providing investigators with 24/7 access to digital reports that keep them apprised of the health of their colonies.

Researchers in pharmaceutical and biotech companies will continue to rely on sophisticated, complex animal models to advance their drug discovery work, facing pressures to optimise their resources in the process. Through a shared commitment to best practices for animal model breeding and colony management, research organisations and the animal model providers they partner with can maximise the use of the institution’s facilities and staff, reduce breeding timelines, avoid overproduction or waste of animals, keep projects on budget, and ensure the best outcome to support preclinical studies. 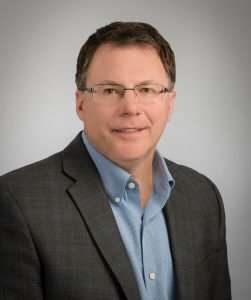 John Couse, PhD, is Vice President, Scientific Services, Taconic Biosciences. He previously spent 16 years as a staff scientist with the National Institute of Environmental Health Sciences (NIEHS, NIH) and has published over 60 research papers and reviews. 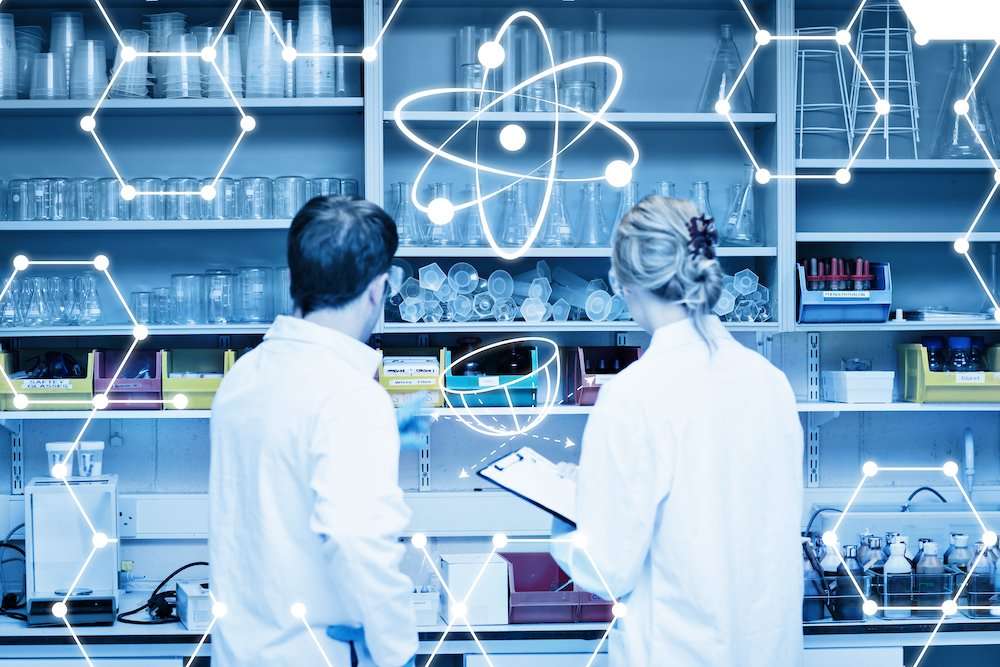 Animal research: reinventing the norm
9 May 2022 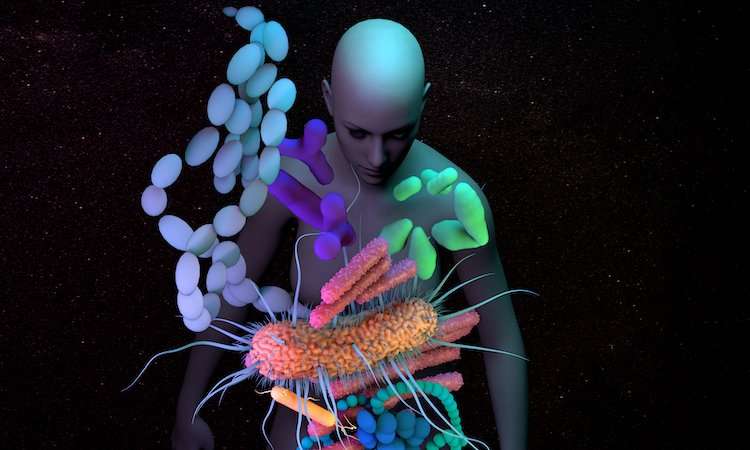