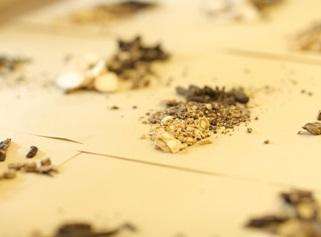 Use of botanical-based dietary supplements is increasing among people of all ages and in most geographies. Most of these populations have ready access to conventional medications, with significant polypharmacy observed in older adults.

The scientific literature is replete with reports of botanical extracts and/or their constituents as potent inhibitors of drugmetabolising enzymes and transporters. Unfortunately, most of these studies use simplistic in vitro screening-based systems without follow-up in more physiologically-relevant models. Additionally, the potential for botanical extracts to induce metabolic enzymes and/or transporters is rarely studied, particularly in in vitro systems.

Thus, in the rare instances when clinical studies are conducted to confirm botanical-drug interaction (BDI) potential, there is usually a poor correlation between in vitro studies and clinically-relevant changes in the pharmacokinetics of drugs under study.

New paradigms are necessary to assess BDIs. One such method uses sandwich-cultured human hepatocytes and an in vitro clearance approach that treats the complex botanical mixture as a single entity, regardless of the constituent profile. This in vitro approach captures the major hepatic drug clearance pathways and provides predictions that are easily translatable to the clinic. Thus, it identifies potentially significant and insignificant interactions.

By studying complex mixtures using this method it is possible to evaluate the overall net effect on drug clearance mechanisms and capture synergism and additive effects that occur among the constituents within these complex mixtures – effects that may not be observed with a traditional deconstructionist approach.

This case study will show how the sandwich-cultured human hepatocytes model was used to predict clinically-relevant BDIs using Schisandra spp. It also potentially demonstrates applications for the sandwich-cultured human hepatocytes model in evaluating BDIs for other herbal extracts and for identifying hepatotoxicity endpoints.

The increase in dietary supplement popularity, coupled with the already heavy use of prescription drugs in the US, highlights the importance of studying BDI potential (2). Further adding to the risk of concomitant use interactions is the documented lack of dialogue between patients and healthcare professionals about dietary supplement use, despite media attention warning about potential BDIs. We believe that providing information on potential BDIs can facilitate informed decisionmaking by consumers and healthcare providers.

The scientific literature includes numerous reports of the potential of botanical extracts and/or specific phytochemical constituents to inhibit cytochromes P450 enzymes (CYP450). These studies are typically done with isolated in vitro systems such as liver microsomes; thus, CYP450 inhibition is the only interaction mechanism studied. There are also reports of quite potent inhibition of CYP450s, particularly when individual phytochemical constituents are used in these assays.

The interaction of botanical extracts with transporter proteins is also studied using in vitro systems such as Caco-2 cells. Unfortunately, follow-on studies using more physiologically-relevant in vitro models and/or human clinical studies are rarely conducted. There is also a paucity of data on the ability of botanical extracts or phytochemical constituents to induce CYP450 enzymes.

For the few botanical extracts where interaction potential has been studied in both in vitro and clinical studies, the correlation has been poor (3). In a recent review, Sprouse and van Breemen compared results from available preclinical data (largely in vitro) with clinical results across a number of botanicals or phytochemical complexes (3). Only in a few examples, such as echinacea, garlic, goldenseal and St John’s wort, do in vitro studies predict similar findings on CYP450s to clinical studies. The in vitro systems used in these studies are even less likely to predict clinically-meaningful changes.

The aforementioned review acknowledges that there are a number of explanations for the poor correlation of in vitro data to clinical findings. It is difficult to compare botanical materials across studies to ensure similarity of test article, and the solubility of the complex mixtures represented by botanical extracts can be challenging to study in certain in vitro systems. The authors also mention that the in vitro model(s) used, and the lack of including CYP450 induction in addition to inhibition assessments, can impact the ability to predict clinical relevance.

An additional complication with BDI predictions based on these simplistic screening-level in vitro studies is that the data are incorporated into safety-related databases and publicly-available websites without critical review. This may cause undue concern for consumers and healthcare professionals regarding the concomitant use of certain dietary supplements with prescription medicines. Likewise, even scientific reports, such as the review by Sprouse and van Breemen, can inappropriately impugn the utility of in vitro metabolic and transporter systems to predict if and when clinical follow- up studies are warranted.

Our strategy: investigate a known BDI by treating a botanical mixture as a single entity

Due to the above-mentioned challenges, we wanted to develop an alternative approach for studying BDIs that would improve the ability of in vitro models to predict clinically-meaningful changes in drug pharmacokinetics. We had the following goals: use a methodology that could treat a complex botanical mixture as a single entity, regardless of specific phytochemical constituents; utilise an in vitro tool that can study synergistic or competitive effects between phytochemical constituents; and design an experimental strategy that captures major clinically-relevant hepatic pathways and data output and makes direct predictions regarding clinical data.

Thus, we chose to look at metabolic clearance changes of drugs using sandwich-cultured human hepatocytes exposed to botanical extracts. Our proof-of-concept study involved the use of Schisandra spp. with available in vitro and in vivo published data.

Schisandra spp. have a wide range of purported pharmacological activities including antioxidant, anti-inflammatory, antibacterial and cardio-protection. S. chinensis is regulated as a dietary supplement in most geographies and S. sphenanthera is a marketed drug in China. In in vitro studies conducted by Iwata et al, various phytochemical constituents of S. chinensis were tested for the ability to inhibit CYP450 activities (4).

The Gomisin class of constituents was shown to inhibit CYP3A4 with IC50 values as low as 0.257μM. The IC50 values observed were similar in potency to the known CYP3A4 inhibitor; ketoconazole. To date, there have been no clinical drug interaction studies conducted with S. chinensis. The related species, S. sphenanthera, has been studied in at least two clinical drug interaction studies.

Based on these findings, we utilised the sandwich- cultured human hepatocytes in vitro model to recapitulate the clinical findings of co-administration of S. sphenanthera with midazolam. Furthermore, we wanted to conduct similar in vitro studies with co-treatments of S. chinensis and midazolam. Successful correlation of in vitro to in vivo findings between midazolam and S. sphenanthera would provide confidence in extrapolating in vitro findings of S. chinensis to predict potential clinically-relevant interactions.

Other hepatocyte systems (eg conventional monolayer) do not support biliary excretion resulting in higher intracellular concentrations likely biasing the ultimate cellular outcome (eg toxicity). When one considers the use of liver microsomes for BDI assessment, which do not account for drug transport or adaptive response (eg induction), it becomes readily clear how results from such simplistic systems could under- or over-predict clinically-relevant risk. Thus, it is not surprising that poor in vitro to in vivo correlations have been observed in the majority of in vitro studies conducted with botanical extracts.

When designing BDI studies, quantification of at least the major phytochemical constituents is helpful in setting dose concentrations for use in in vitro studies. Unfortunately, there is rarely plasma concentration data on extract constituents so it is particularly important in these studies to include a wide range of dosing concentrations. As mentioned above, the intracellular concentration of a compound is responsible for the ultimate cellular outcome(s). 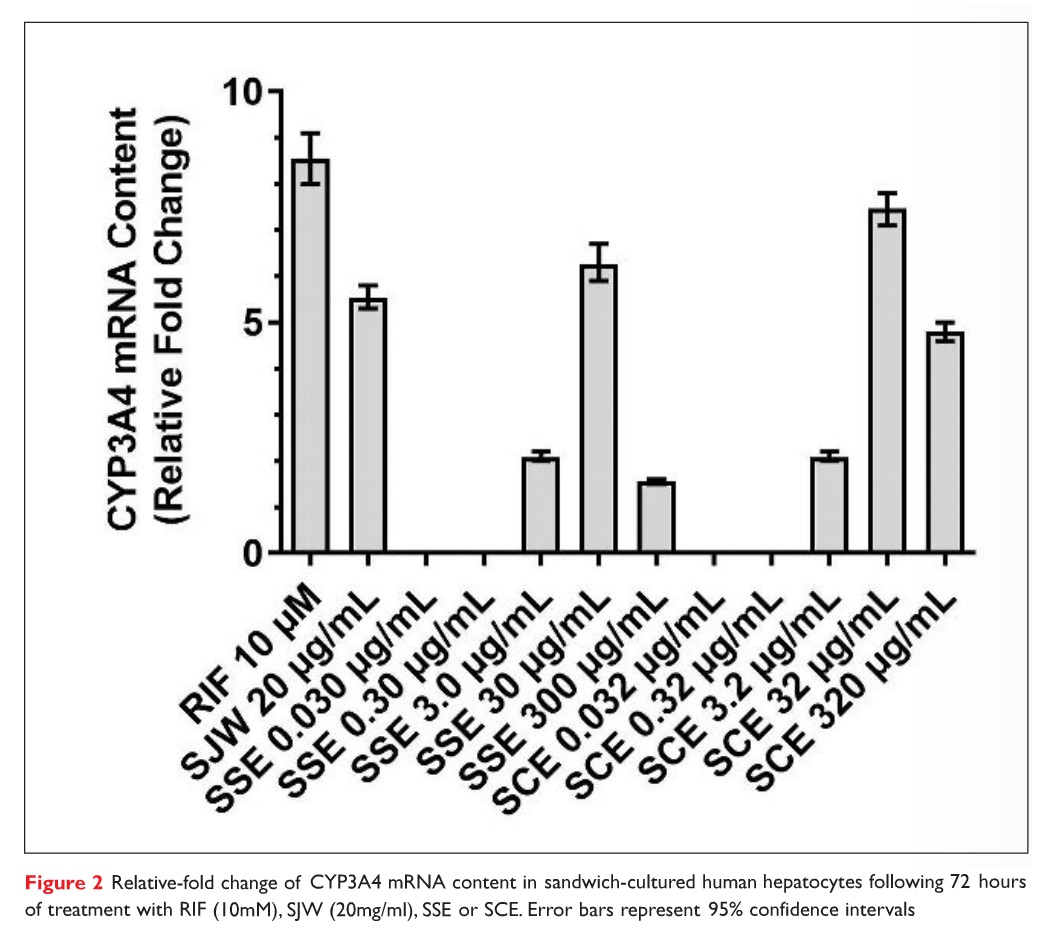 Our retrospective case study demonstrated that an intrinsic clearance approach in sandwich-cultured human hepatocytes was feasible to evaluate net effect and relative strength of BDIs. We believe our ‘net-effect’ approach is an appropriate strategy to screen complex mixtures for drug interactions and can effectively predict in vivo BDIs at a much lower cost than clinical studies. DDW

This article originally featured in the DDW Fall 2018 Issue

Dr Amy Roe is Principal Toxicologist at The Procter & Gamble Company. She has 20 years of experience as a toxicologist in government, pharmaceutical and consumer product industries. Her professional experience is in general and regulatory toxicology with specialised expertise in drug/xenobiotic metabolism and pharmacokinetics.

Dr Jonathan Jackson is Senior Scientist, ADMETox at BioIVT. He has 12 years of experience in ADME-Tox working with pharmaceutical, consumer products, food additive and industrial chemicals. His professional experience has primarily focused on human in vitro models with specific emphasis on metabolism, transport and gene regulation mechanisms which together play a significant role in drug/xenobiotic exposure, affecting absorption, elimination and toxicity.

2 US Department of Health and Human Services, Centers for Disease Control and Prevention, National Center for Health Statistics (2017). Health, United States, 2016: with chartbook on long-term trends in health.