Gene editing in organoids: accounting for complexity in drug discovery 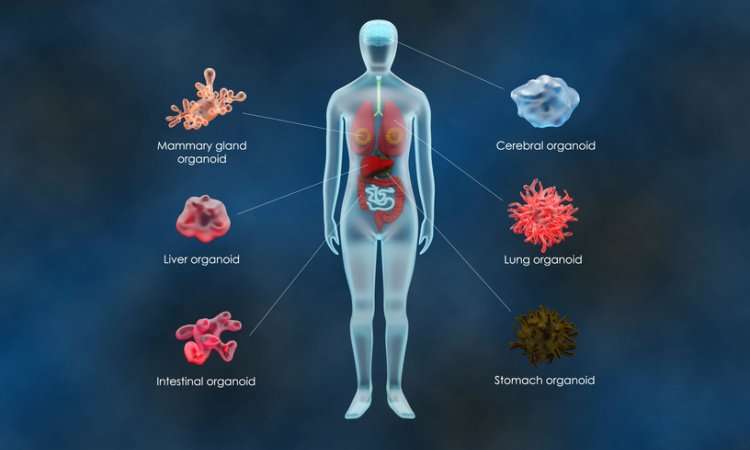 Oksana Sirenko looks at the advantages and limitations of using organoids from human cell sources in drug development and drug screening.

The genome is the blueprint for life, consisting of genes made up of thousands of pairs of DNA bases. Altering one base pair can drastically change how the gene’s protein product functions, while mutations can lead to the development of a range of genetic disorders.

CRISPR allows researchers to target and edit specific genes in order to better understand the genome, human diseases and the effects of specific mutations. The development of CRISPR has opened the door to ending diseases by fixing mutations and developing therapies through the process of modeling mutations. Scientists use complex gene editing and disease modeling systems to gain insights on the potential of CRISPR.

Most gene editing studies are performed in traditional 2D culture systems that model a simplified version of the tissue and biology in question. These 2D culture systems typically consist of one cell type that forms into a single layer of cells. While these studies demonstrate how one cell type behaves when a gene’s sequence is altered, their simplified nature makes it difficult to know how that cell, or the entire tissue, would respond within the body when that same sequence is altered. The need for greater complexity of cell-based systems has led to the development of organoids.

Organoids are 3D tissue models consisting of multiple cell types that could bridge the gap between traditional 2D in vitro cultures and the actual in vivo tissue of the body. Organoids are developed using primary tissues or induced pluripotent stem cells (iPSCs) derived from standard iPSC cell lines or from cells of patients that carry particular diseases. Typically, iPSCs are developed from blood or skin cell samples, and then differentiated into organoids representing various tissues from the liver, intestine, heart, brain, and other organs. Organoids can also be grown from adult tissues that originate in the intestine or liver, for example, and represent normal or malignant tissues. Developing organoids from human cell sources offers distinct advantages over other commonly used systems like animal models. While animal models are useful for modeling in vivo responses, the physiological differences between animals and humans make disease modeling and drug efficacy studies less relevant and less predictive. They also present ethical, monetary, and time-related challenges.

Organoids avoid these challenges by modeling human tissue using human cells. They also capture the tissue environment more closely than 2D cultures by growing 3D cell structures that mimic the organs they are modeling. One of the ways that organoids capture the tissue micro-environment is by featuring more than one cell type. For example, cardiac organoids include cardiac cells, vascular cells and fibroblasts. This is important for observing how cells interact during tissue-level events like inflammation, which contributes to complex conditions like myocardial infarction and stroke. Modeling not only how cardiac cells, but also immune and vascular cells respond to inflammation will provide a more complete picture, especially valuable in the drug development process.

Organoids capture the complexity of real tissue not only by including multiple cell types, but also by displaying a morphological structure that closely mimics the real tissue organisation. For instance, intestinal organoids mimic the crypts that line the intestine, while brain organoids mimic the different neural layers of the brain.

The structures of organoids also make them useful for studying drug penetration, which is important for predicting drug efficiency. Small molecule drugs or biologics need to be delivered via blood vessels and penetrate tissue to get into cells. In 2D cultures, drugs are entered directly into cells, giving no indication of how the drug will penetrate live tissue. Organoids are more suitable for demonstrating how a drug will behave within a live organ.

Organoids can also be used to test functional responses, such as mechanical contractions in cardiac organoids that result from ion channel blockers or stimulators. Neural or cardiac cell activity can be measured by recording electrical impulses from cells or distribution of calcium within cells. Liver or intestinal cell activity can be better understood by recording metabolic processes or the permeability of the cell wall. Those methods provide valuable information about tissue function, allowing researchers to better understand diseases and better predict drug responses.

Organoids’ ability to capture more of the complexities within tissues make them excellent models of what is happening within organs under healthy and disease conditions. Using gene editing technologies, researchers can introduce mutations into organoids to model disease. Researchers can also create organoid-based models to test which mutations lead to disease. Another gene editing approach is to introduce a mutation that is known to occur in patients into an organoid to discover how it effects the tissue’s ability to function. If that mutation recreates a disease phenotype, then that model can be used for drug discovery and testing drug candidates that may treat that disease. Organoid-based research allows for more accurate, tissue-level readouts from these assays, meaning that a drug’s effects are more likely to be the same as in a patient’s tissue.

This means, for instance, cerebral organoids can be harnessed to model the development of Alzheimer’s disease in brain tissue, capturing key features of the disease’s pathophysiology that previously have been nearly impossible to capture in simpler, in vitro models. With this more complex platform, researchers can assess the effectiveness of therapeutic interventions across the disease’s pathology, incorporating diverse cell types, tissue structures, and cellular pathways at different stages of the disease’s progression.

In addition to being used for drug discovery, organoids could be used to develop patient-derived, personalised treatments. Tumours or biopsies taken from patients can be developed into organoids, which are tested to uncover the drug or drug combination that would work best for that patient. In the future, cells could even be taken from a patient, grown in an organoid, edited using CRISPR and transplanted back into the patient to correct the disease-causing mutation.

While organoids offer more complex, realistic gene editing models, there are some limitations that come with added complexity. Intricate structures make it difficult to transfect CRISPR components and mutations into every cell within an organoid. One way to bypass this issue is to introduce the mutation into the iPSCs before they are differentiated into different cell types and developed into an organoid. However, introducing the mutation and then differentiating the cells and forming the organoid is a long and involved process. Another challenge of performing gene editing in organoids is that there can be off-target effects when the mutations introduced by CRISPR are not always accurate. Lastly, one limitation lies in the fact that diseases can emerge from a variety of pathways; one mutation often does not cause every case of a disease. For example, while the BRCA mutation is known for causing breast cancer, only a small percentage of breast cancer cases are caused by BRCA mutations. In many cases the mutations that are causing a disease have not yet been identified, so researchers have to work through a pool of hundreds of mutations that they believe contribute to disease and map each mutation one by one. It’s critical work, but uncovering these linkages can be a slow and arduous process.

A few solutions can alleviate or remove some of these limitations. Firstly, researchers can develop new methods to improve efficiency of transfection. Secondly, researchers can select single-cell clones or use printing or clonal development methods currently used in cell lines. Lastly, researchers can eliminate the off-target effects of gene editing as CRISPR technologies are further developed and made more accurate.

Due to the complexity of developing organoids, organoid studies are currently low throughput, limiting their use in large drug screens. Further development of methods for growing organoids and performing CRISPR gene editing, including automation, will allow researchers to use organoids more efficiently and practically in drug screening.

As these solutions are developed and gene editing capabilities are improved, there is great potential in the coming years for organoids to impact the pharmaceutical industry. Organoids could lead to improvements in drug development and drug screening. Libraries of organoid cultures could represent different subsets of heterogenous diseases like breast cancer, which involve different mutations that may respond differently to therapies. Libraries and sub-libraries of disease models will lead to better drugs for each type of a heterogenous disease.

Organoids will also advance personalised medicine. Researchers will be able to grow organoids based on patient tissue samples and test them on a small library of potential treatments to see which the patient will respond to best. In the future, organoids can also be used to grow edited tissue that can be transplanted back into the patient. They can also be used to develop better cell therapies, including T cell therapy. T cells can be edited to target a specific disease marker, like cancer cells.

Overall, the paradigm of disease modeling is shifting from using 2D cell culture or animal models toward harnessing the potential organoids that better represent the complex biology of tissues in humans. Researchers can use gene editing to build disease models that depict the numerous types of a disease that arise from different mutations, resulting in a fuller understanding of diseases and better therapies to treat them. And the future is even brighter: Gene editing in organoids has the potential to further improve the drug discovery and development process by utilising other advanced technologies like automation, data screening, and AI.

Dr Oksana Sirenko is an internationally known cell biologist and imaging specialist. She is currently a senior scientist at Molecular Devices, where she leads a group of scientists and engineers developing methods and tools for the automation of 3D cell models for cancer, cardiac diseases and toxicology. 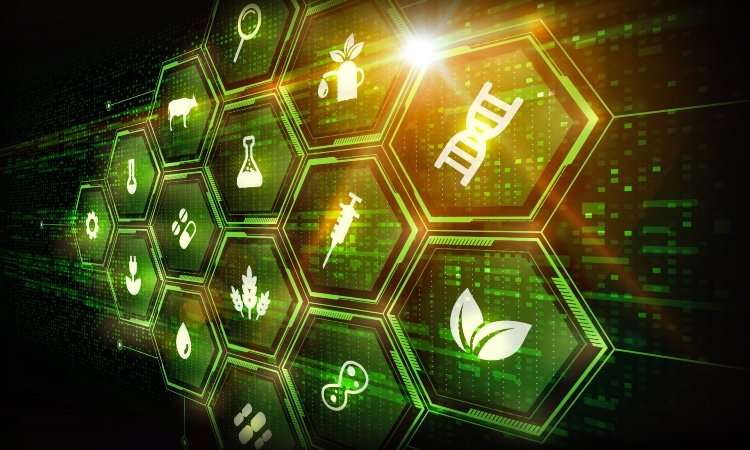 What an innovation centre means for 3D biology
16 November 2022 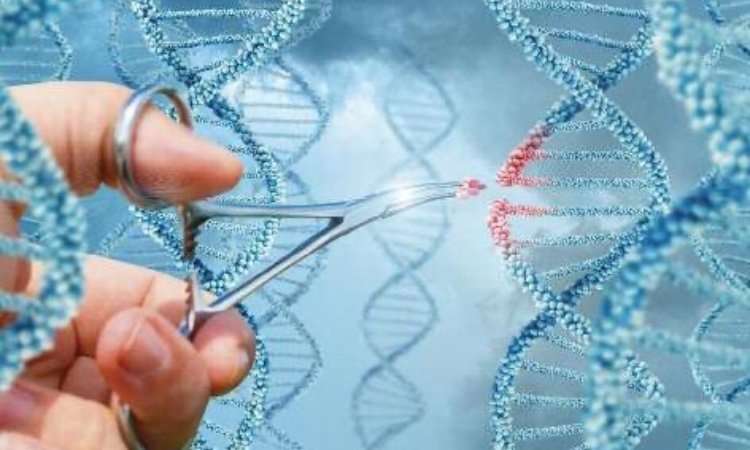