From the football field to the world of biotech 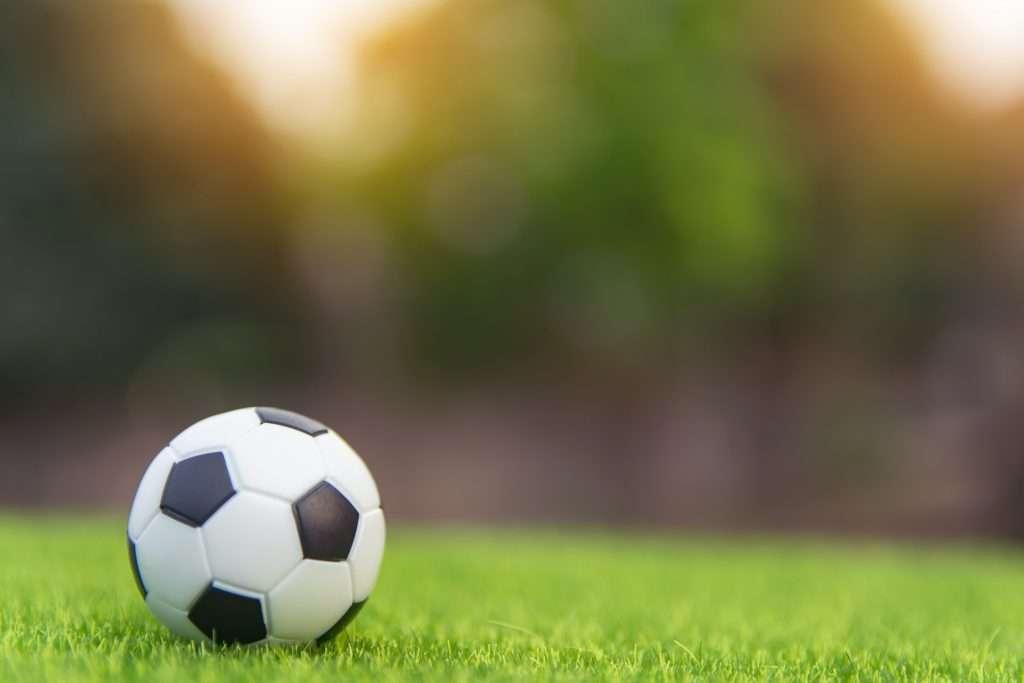 Dr Darrin M Disley, CEO of Mogrify, knows his way around a football field and will be speaking at Drug Discovery Digital.

A serial biotech entrepreneur, Disley was once told he wasn’t good enough to study chemistry, so he momentarily chose football. Fast forward to October 2020, he will be giving the plenary keynote address at ELRIG’s Drug Discovery Digital conference, outlining his vision for the future of healthcare. Disley’s untraditional career path from footballer to academia and entrepreneurship is filled with moments of self-discovery, resilience, reflection and reciprocity

“My career has very much been nonlinear,” says Disley. Raised in East London, his journey into academia seemed improbable. “Pursuing science wasn’t something we did in the East End,” he quips. Disley’s serendipitous entry into academia began with a three-year apprenticeship as a laboratory technician while still playing semi-professional football. It was during this apprenticeship that one of his former teachers Brian Carline encouraged him to further his studies at university. “I grew as a person at university. In my first year, I ranked 55th out of 57 in the BSc Honours Chemistry program. By the end of my third year, I placed second,” he recalls. “This gave me the confidence to realise that I could actually succeed in academics.” Disley then went on to pursue a Ph.D. in Biotechnology at Cambridge under the mentorship of one of UK’s most entrepreneurial scientists, Professor Christopher Lowe. He had now arrived at the intersection of research and entrepreneurship.

“Even before universities had tech transfer offices, we were working in a multidisciplinary way, merging hardware, wetware and software to solve emerging challenges in clinical diagnostics and drug screening,” Disley describes. “I learned that having a breadth of knowledge rather than a deep focus in one area could actually be my strength.”

Working in an interdisciplinary environment uncovers the broad applications of research projects, enabling researchers to perceive the societal impact and gauge the commercial value of their findings. Disley’s entrepreneurial journey began towards the end of this postdoc by way of setting up his first business specialising in product design and development. Since then, he has built start-ups and grown numerous businesses securing over $525 million in funding. “Bringing diverse minds and skill-sets together to solve complex problems has been a common factor in commercialising technology,” he comments.

Disley believes that the drug discovery community can strongly influence healthcare outcomes. “The biggest challenge facing humankind is how we’re going to feed, fuel and heal a population that is already critically aged in the west,” he notes. Disley’s keynote address at Drug Discovery Digital 2020 will dive deeper into what an ideal healthcare system could look like in the future – what it would comprise of and how it would be more accessible, affordable, and beneficial to the ageing population.

“Currently, we mostly treat illness with a one-size-fits-all approach,” he notes. “This is economically unsustainable because with longevity comes increased healthcare costs.” Disley’s hopes that this episodic nature of healthcare is replaced with a more holistic approach towards sustainable health. “Our healthcare goal should not be to just prolong life but to foster an ageing population that is healthy and societally productive,” he says.

The drug discovery community is already starting to address this challenge by developing targeted molecular therapies and companion diagnostic tests. “With precision therapeutics, we can get the right drug to the right patient. By gathering relevant patient data over time, we can create new economic healthcare models,” Disley explains. “This means, even small decisions made in a drug discovery laboratory can significantly impact our healthcare in the long run. Scientists can, therefore, benefit from looking at the field with an entrepreneurial eye to help make informed decisions in research.”

The importance of having an entrepreneurial mindset in drug discovery

“Knowing how your science fits into the big picture and how it can be applied to benefit the community is an incredibly important trait,” says Disley. “We have a real need in biotech and life sciences to train scientists on how to navigate boardrooms. Scientists are fundamentally curious, resilient, and passionate. But, understandably, they often don’t realise that their skills are transferable from bench to boardroom.”

Persevered efforts during a Ph.D. and postdoc and the ability to outline clear research goals, troubleshoot and course-correct are invaluable qualities that scientists inherently bring to any career path they choose. Disley continues: “By giving scientists – who are already lateral thinkers and problem-solvers – the necessary tools to write a business plan and create a strategy, they can develop the confidence to operate in an entrepreneurial setting.”

Too often, however, early career scientists have a finite vision of what an ideal career should look like, missing out on opportunities that directly match their skillset. Needless to say, Disley knows a thing or two about crafting a unique career path.

Why researchers need to frame their own definition of success

“It can be tempting for younger scientists to always compare their own success with others. Under hierarchical structures and social pressures, I’ve typically seen three common measures of success: fame, fortune and peer review,” shares Disley who has mentored over 300 scientists. “My advice to early career researchers is to start by asking, ‘What does success feel like to me?’ and then align future career journey based on a personalised definition of success.”

Disley offers wise words for those of us still finding our professional paths, his passion for mentoring clear: “Whether your future is in a lab or a boardroom, showing up to work every day knowing why you’re there, what success looks like and how to measure it will ultimately lead you towards a rewarding career. Rather than a job title, it’s about finding an environment, culture and set of functional roles that is aligned to your fundamental drivers as a human being is right for you.”

The current challenges in drug discovery can only be resolved when diverse groups of scientists with unique talents and ideas collaborate to solve a problem. “Working in silos can actually hold us back,” says Disley. “But bringing our individual expertise to the table – from academia, pharma, or business – will help us achieve major milestones in drug discovery much faster.”

Disley’s path is as inspirational as it is unconventional. He is clearly passionate about helping the next generation of drug discovery scientists succeed and can clearly see how their unique skills will benefit the pharmaceutical and healthcare industries.

To hear more insights from Disley, register for Drug Discovery Digital to attend his talk, ‘The Path Less Travelled: From EastEnder to Footballer to Biotech Entrepreneur’.