Enabling advancements in research of biomarkers 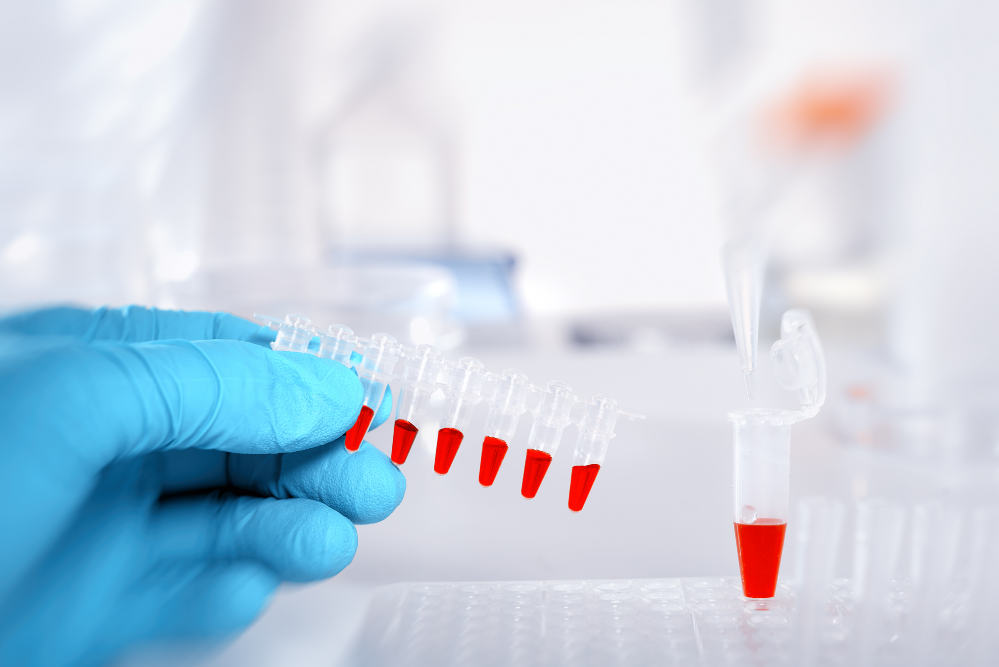 Although the first descriptions and classifications of lipids appeared almost two centuries ago, it is only with relatively recent developments in separations technology and analytical instrumentation that healthcare and pharmaceutical development scientists have been able to delve deeply into their structures, synthesis, and metabolism.

One significant example of this growth in knowledge is research demonstrating the importance of sphingolipids, namely their key role across a range of neurodegenerative disorders, cancer, and other diseases.

An important class of biomolecules

Lipids are the largest, most ubiquitous, and most diverse set of molecules in human biology, with perhaps the greatest variety of important metabolic and physiological impacts. For example, lipids are essential structural components of biological membranes, they provide energy reserves, predominantly in the form of triglycerides, and serve as biologically active molecules that exert a wide range of regulatory and cell signaling functions.

In 2005, the LIPID MAPS Consortium defined lipids as hydrophobic or amphipathic small molecules that originate by carbanion-based condensation of thioesters (fatty acids, polyketides, etc.) and/or by carbocation-based condensation of isoprene units (prenols, sterols, etc.)1. Subsequently, in 2009, and in conjunction with the International Committee for the Classification and Nomenclature of Lipids, a final definition of eight categories of lipids was published2based on their chemically functional backbone – fatty acyls, glycerolipids, glycerophospholipids, sphingolipids, sterol lipids, prenol lipids, saccharolipids, and polyketides – along with numerous classes and subclasses allowed the description of all lipid molecular species.

The natural variety and abundance of sphingolipids, especially in the brain, quickly established them as a focus for research. Studies gradually uncovered their complexity – ceramide and sphingosine-1-phosphate (S1P) have relatively simple structures, and from ceramide the complex glycosphingolipid family that includes gangliosides are synthesised – and elucidated the pathways for synthesis, and breakdown of the molecules (Figure 1).

As understanding developed, it became clear that defects in sphingolipid metabolism form a common link across several neurodegenerative diseases. Indeed, a significant body of evidence identifying the importance of sphingolipids and their signaling pathways in Alzheimer’s Disease (AD), Parkinson’s Disease (PD) and Huntingdon’s Disease (HD), amongst others, has accumulated, with a review paper4investigating the hypothesis that modulation of sphingolipid metabolism and related signaling pathways represents a potential therapeutic approach for those devastating conditions. The authors concluded that: “The plausible ‘druggability’ of sphingolipid pathways is greatly promising and represents a relevant feature that brings real advantage to the development of new therapeutic options for these conditions”.

Building on this platform of knowledge, researchers quickly moved to exploring how elements of these metabolic pathways could be used to either develop biomarkers of disease or inform the development of therapeutic strategies. Ceramide and its derivative, S1P, for example, have received central attention as they play pivotal roles in lipid cell signaling and regulation of cell death and survival5. A selective biomarker panel of ceramide species is currently used for evaluating the risk of major adverse cardiovascular events within the next one to five years6.

Yet, the interest in more complex glycosphingolipids has not been less but has rather faced analytical challenges for their measurements. The highly complex acidic glycosphingolipids, gangliosides, have been shown to be closely associated with the pathology of AD7, as well as being implicated in many other diseases8,9. Although discovered already 1942 by Ernst Klenk, today we still only know about 200 species. Based on their massive structural diversity and complexity, we estimate that the ganglioside kingdom to contain many more species.

In their comprehensive review paper7, researchers from the Institute of Molecular Medicine and Genetics at the Medical College of Georgia, USA and the Department of Neurology and Anatomy & Neurobiology at the University of Tennessee, USA, lay out the extent of ganglioside involvement in the mechanism and development of AD. From a neuroprotective role in models of neuronal injury, through involvement in the conformational changes in ß-amyloid and amyloid precursor protein (APP) that are the hallmark of AD pathogenesis, to involvement in accumulation of circulating ß-amyloid to form complexes that are expressed in AD brain, it is clear that gangliosides are significant. As with others in the field, they conclude that gangliosides are ripe for study as potential therapeutics in AD.

The path to improved understanding of sphingolipids has an exact parallel in the technology and instrumentation that has been developed to analyse biomolecules. Mass spectrometry has played a central analytical role, and its contribution during the past few decades to the development of proteomics, metabolomics, and lipidomics based assays cannot be overstated.

Breakthroughs in ionisation techniques in the 1990s enabled the expansion of mass spectrometry-based analysis into the field of biological molecules. Applying electrospray (ESI) and matrix-assisted laser desorption ionisation (MALDI), meant that a range of biomolecules, including lipids, could be efficiently transferred in intact ionised forms for MS analysis. The development of ESI-MS and MALDI-MS were acknowledged as breakthrough developments in the field. They were recognised as such when John B. Fenn, Koichi Tanaka and Kurt Wüthrich were jointly awarded the Nobel Prize for Chemistry in 2002 for their work in this area10. For more complex samples, coupling with separation techniques such as liquid chromatography (LC) as well as the use of tandem MS (LC-MS/MS) has allowed comprehensive characterisation of many mixtures of major biomolecules.

The overwhelming heterogeneity of lipid structures rich in isobaric and isomeric species, coupled with their low concentrations in the body, has made analysis challenging. Time-consuming purifications and pre-analytical concentration routines are often required. Despite progress, current methodologies have failed to resolve a complete picture of the ganglioside lipidome because they simply cannot offer sufficient separation power.

Against this background, ion mobility-mass spectrometry (IM-MS) emerged. It offers a new analytical dimension, as it separates ions in an electric field according to size, shape and charge. Some challenges remain, however. Typically, ion mobility devices are limited by their pathlength, meaning there are ‘real-world’ limitations placed on the theoretical resolving power and the length of the separation path is not sufficient to attain high-resolution separation. In addition, the mass range per analysis is limited and ion isolation leads to a loss of sensitivity. This presents a specific problem for lipid analysis as using a more concentrated sample to counter the loss of sensitivity may stimulate lipid aggregation, thus compromising the analysis.

Today, IM-MS has further evolved, and a new approach of High-Resolution Ion Mobility (HRIM)-MS based on Structures for Lossless Ion Manipulation (SLIM) overcomes the limitations of speed and reproducibility to provide enhanced resolution with no loss of sensitivity. Unlike LC, the HRIM system separates ionised molecules in the gas phase. Ion mobility separations are also based on fundamental principles that differ from LC. Several characteristics of ionised molecules – size, charge, shape, and structure, come into play at once so that analytes that have the same molecular mass can be separated by their shape, charge, and collision cross-section (CCS). In fact, HRIM significantly reduces the dependence on LC separations in these workflows. In a major advance, separating crude lipid extracts via HRIM-MS is achieved via direct infusion, without the need for pre-separation by LC. In addition, user interventions connected to column selection and optimisation, for example, are eliminated. Analysis time is cut from hours to minutes.

The unique feature of HRIM-MS compared with other IM-MS techniques is that separations are achieved on exceptionally extended path lengths, realised with serpentine electrode patterns on standard printed circuit board (PCB) technology. Digitising separations in this way on PCBs, with virtually limitless path lengths, addresses the ion loss and resolution limitations of other IM-MS technologies. Figure 2 illustrates the PCB principle used for HRIM-MS.

Cutting through the complexity

In work published in 202011, HRIM-MS was applied to provide quantitative snapshots of the ganglioside lipidome. A collaboration between MOBILion Systems and Lipidomics Consulting conceived and executed a series of experiments with the goal of establishing rapid, repeatable, quantitative assays using this new technology.

Analyses were performed using a MOBILion HRIM instrument coupled to an Agilent 6545 Q-TOF. To demonstrate the separations performance of HRIM-MS using a complex sample, brain extracts derived from wild-type mice hemi-brains were analysed. Flow injection analyses (FIA) was used to introduce the samples and no additional sample preparation or pre-separation by liquid chromatography was undertaken.

With results confirming expectations, the group moved on to investigate how well two closely related isomers, GD1a d36:1 and GD1b d36:1, were separated by the system. A mixture of these isomers was clearly resolved within the two minute run, confirming FIA-HRIM-MS could be applied without any pre-separation or sample clean up procedures. GD1a d36:1 and GD1b d36:1 were subsequently used as ‘standards’ to characterize the performance elements critical to any analytical methodology, namely: accuracy, reproducibility, linearity and dynamic range (sensitivity).

Full details of the experimental set-up and methodology used, and discussion of the data generated is available in the paper10, but to summarize the overall results and conclusions:

Understanding the complex landscape of lipidomics requires innovation in analytical techniques and instrumentation. This evolution continues today, with the emergence of a new ion mobility technology that has the capability to advance the depth of analysis of this challenging analyte class, putting HRIM-MS at the forefront of further advances in our understanding of this essential class of biomolecule. This work highlights how incorporating HRIM into a workflow can provide more comprehensive data sets without sacrificing sensitivity, while significantly improving the throughput requirements necessary to support routine large-scale studies. Importantly, in the work described, throughput and sensitivity compared to LC-MS ganglioside lipid assays was improved by more than fifteen-fold. HRIM-MS has the potential to open new avenues in diagnosis and treatment of important neurodegenerative diseases. This exploration has already begun, with the same collaboration partners joined by colleagues from University of Wollongong and University of Maastricht, to focus on the field of PD. This ongoing work is funded by the Michael J. Fox Foundation.

2 Update of the LIPID MAPS comprehensive classification system for lipids.

Dr Kim Ekroos received his PhD in biology from the Technical University in Dresden, Germany, in 2003. He runs his own Lipidomics Consulting business, providing unique services for customers globally. He is a member of the European Lipidomics Meeting committee and co-founder of the International Lipidomics Society.

Kelly Moser received her PhD in Chemistry from Clarkson University in Potsdam, New York in 2017. Since then, she has been working at MOBILion Systems in Chadds Ford, Pennsylvania as Applications Scientist helping to commercialise analytical instruments to improve disease diagnostics and therapeutic treatment outcomes.