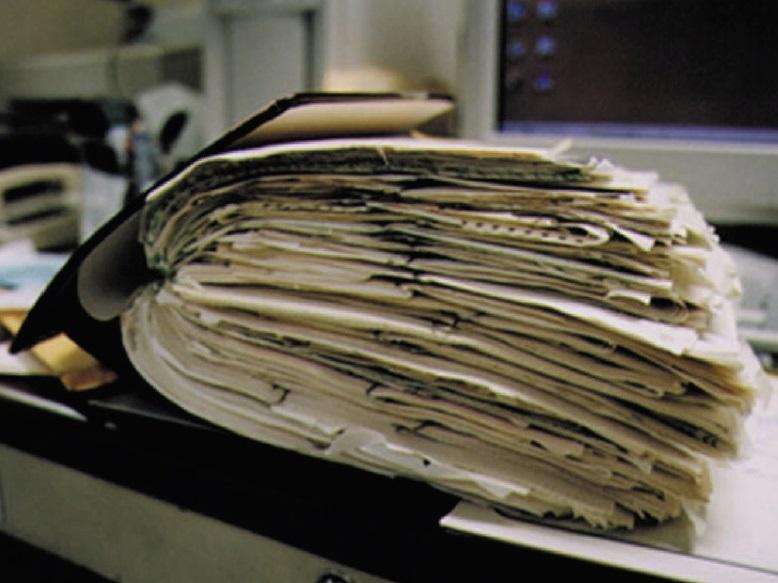 In 2001 at the GlaxoSmithKline inaugural shareholder meeting, Chief Executive JP Garnier was clearly not happy with what he regarded as the productivity crisis within the industrys R&D function.

He contrasted the consistent growth in investment in R&D with the unchanging output in terms of newly approved drugs. While a plethora of technologies have emerged and continue to emerge aimed at targeting efficiency improvements at various points in the R&D function, globally optimising the R&D process both in terms of efficiency and effectiveness has remained an elusive goal.

A newly-emerging paradigm: Collaborative eR&D (CeR&D), is proving itself to be a comprehensive model in addressing the most critical challenge facing todays R&D organisation its productivity crisis.

Scientists are naturally curious people and satisfy themselves by solving scientific challenges and problems. Research-based businesses channel these creative problem solving skills into solving problems of value to the market.

Since R&D resources are finite and R&D endeavours are risky, the challenge is channelling these resources into solving as many of the most valuable problems as possible in the shortest possible amount of time and at the lowest possible cost, allowing at all times for the risk of both technical and market success, ie constantly balancing cost, risk, and reward, in order to maximise return.

– An efficient problem solving process for value (IP [Intellectual Property]) creation, combined with
– An effective problem selection process for value maximisation to continuously evaluate (determine and rank) the value of the problems being solved to ensure these finite resources are only solving the most important problems.

The most effective problem solving process to emerge early in the age of discovery, the Scientific Method, has proved itself by its success. An equally effective problem selection process – Program and Portfolio Management – has taken relatively longer to emerge as a business management practice and while gathering widespread adoption is still largely absent in early stage drug discovery. The realisation that the problem solving and problem selection processes are intrinsically linked is critical to globally optimising the R&D process. 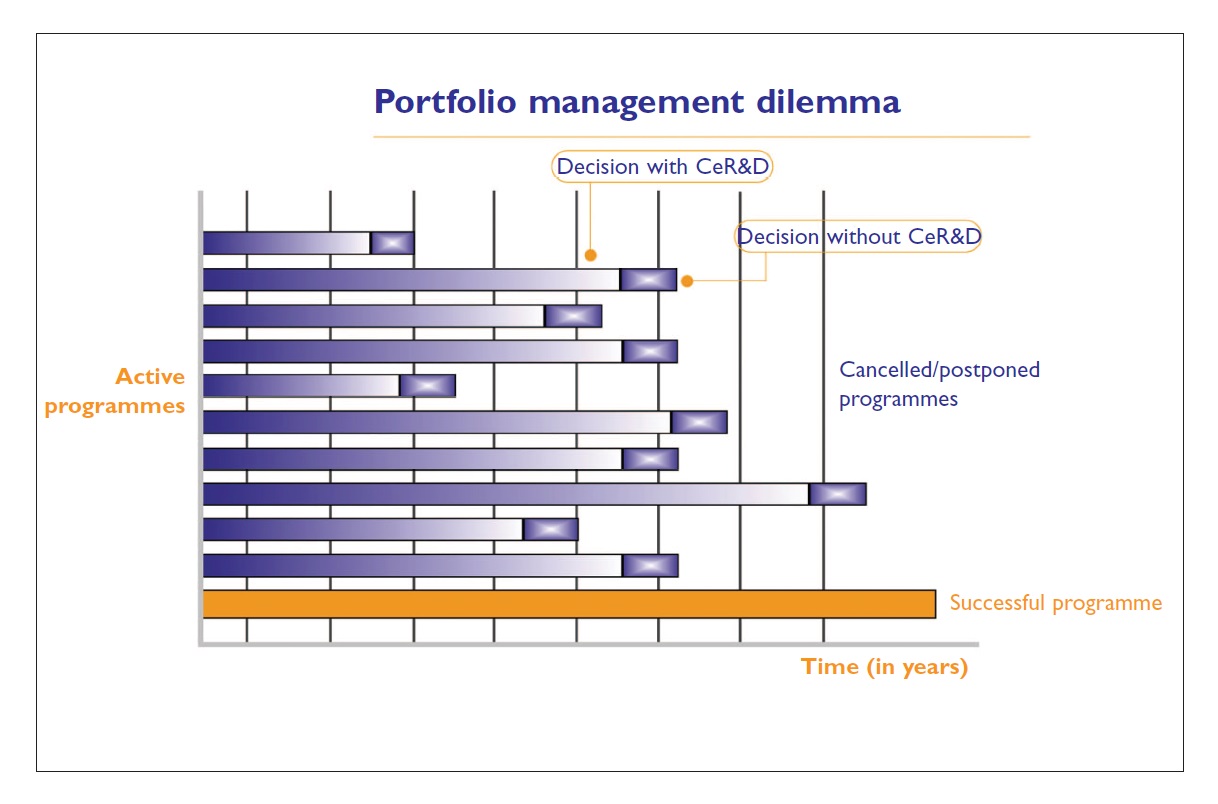 The problem solving and selection processes

The work of the scientist in solving the problem determines its effort, schedule, cost and probability of technical success. There are two implications of this:

– The more the scientist can leverage work that has been done before, the greater the positive impact that can be had on these factors thus improving the efficiency of the problem solving process, ie easy access to high quality records of previous work
– Given the inherent risk of research, the cost and probability of success can vary widely upon the outcome of each experiment. As such, to improve the effectiveness of the decision making process, the organisation needs constantly up-to-date information on the cost and risk of a solution, ie easy access to accurate real-time project information.

Barriers to the development of such a system have arisen for a number of reasons. Technology considerations notwithstanding, scientists tend not to focus on the commercial aspects of the problem selection process but on their primary concern – namely solving the problem.

Historically the information management tool used by the scientist has been their laboratory notebook. It is a passive player in the problem solving process but plays the central role in the critical but secondary record creation process (see Figure 1). 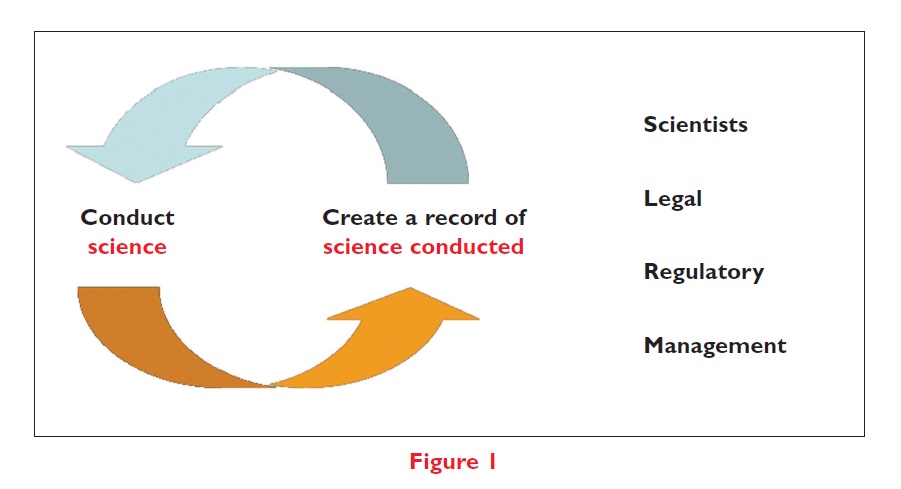 The apparent automatic assumption that the need is to ‘electronify’ the laboratory notebook seems to miss the point, both in terms of the scientist’s primary problem solving focus and the wider consideration of the problem selection process.

With the proper application of information technology to R&D there is an opportunity to take a quantum leap forward, the technology enables it, the market demands it.

Collaborative electronic Research and Development (CeR&D) is an emerging model for information management in the R&D function based on the core requirement outlined above. As such it enables the integration and streamlining of the entire R&D process across the enterprise.

By design, it seeks to enable the scientist to focus on the primary problem solving process while simul-taneously automating large parts of the secondary record creation process, thus creating high-quality and accessible records which in turn further assist in speeding up the problem solving process, a positive feedback loop. The creation of this high quality record store enables the better management of the organisation’s key asset, intellectual property, critical in the age of information.

The components of the Collaborative eR&D model are outlined in Figure 2:

– Strategic Management: Which problem(s) do we assign our finite resources to solve so as to maximise Return on Investment (RoI)?
– Operational Management: Are we solving the problem(s) according to plan (cost, schedule, risk)?
– Knowledge Management: How are we solving these problems, what have we learned or what new IP have we created?
– Domain-specific Data-processing Tools: The various software tools specific to different areas of research used by scientists to convert data into information.
– Data Management: The raw material for scientific discovery. 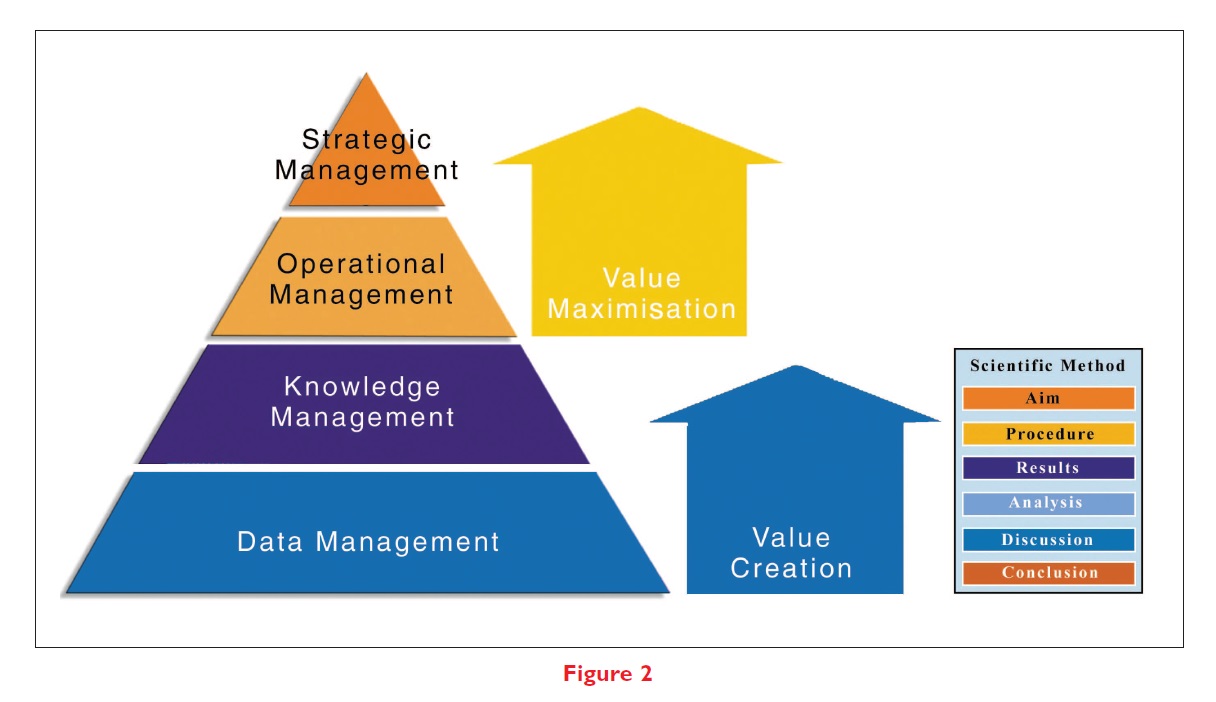 What was the genesis for Collaborative eR&D?

The term ‘CeR&D’ was first coined by Rich Lysakowski, founder of CENSA, the Collaborative Electronic Notebook Systems Association. This body was established to bring together Pharma and Biotech companies as end users, as well as software companies as supplier members, to examine how IT systems could be better utilised to support R&D.

While the traditional paper laboratory notebook is widely seen as an inhibitor rather than a facilitator of research (this is clearly evident in the increasingly ridiculous situation in which researchers often find themselves today, printing research notes from an electronic source and pasting them into their paper lab notebooks) there are many cases of failed attempts to ‘electronify’ it. 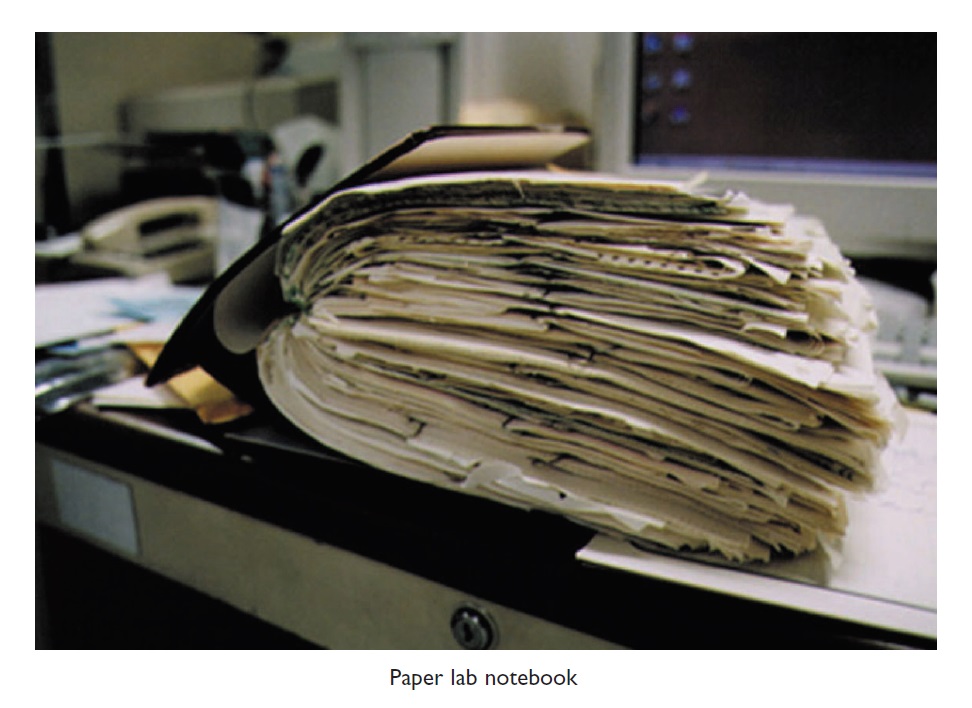 Knowledge retention and data management have been identified as key areas where R&D organisations can improve efficiency. The inability to reuse knowledge previously generated by one’s peers and the resultant waste in terms of time and cost is a key driver of CeR&D. However this has been allied with the strategic and operational management requirements to also improve effectiveness along with efficiency.

How is it different from existing systems?

Scientists working in R&D use innumerable disparate software systems or tools from data management systems and statistical packages to a whole host of applications particular to a given area of science depending on whether they are chemists or biologists and at which point in the drug discovery pipeline they are: eg lead finding vs optimisation. This results in fragmented islands of information.

The CeR&D framework incorporates best practice methodologies for R&D management and differentiates itself from these other systems since it is based on real-time information, pulled-up directly from the laboratories, thereby ensuring accuracy.

Drug discovery is an inherently risky environment. Consequently, anything R&D organisations can do to mitigate this risk can yield favourable returns in terms of increased time-to-market and return on R&D investment. CeR&D solutions acknowledge and address the fact that increasing the efficiency of the problem solving process is only half the battle.

It is imperative that the researcher is working on the most important projects as defined by a set of criteria determined by the organisation itself. This is where CeR&D is a more evolved, comprehensive solution than Electronic Lab notebooks since it also addresses the issues of the problem selection challenge. CeR&D allows you to look at ongoing projects in your R&D pipeline and be able to comparatively assess them against each other, in terms of likelihood of technical/market success such that, for the limited resources you have, you are always working on the most valuable projects in your pipeline. This is ultimately what will get better products to market, faster. 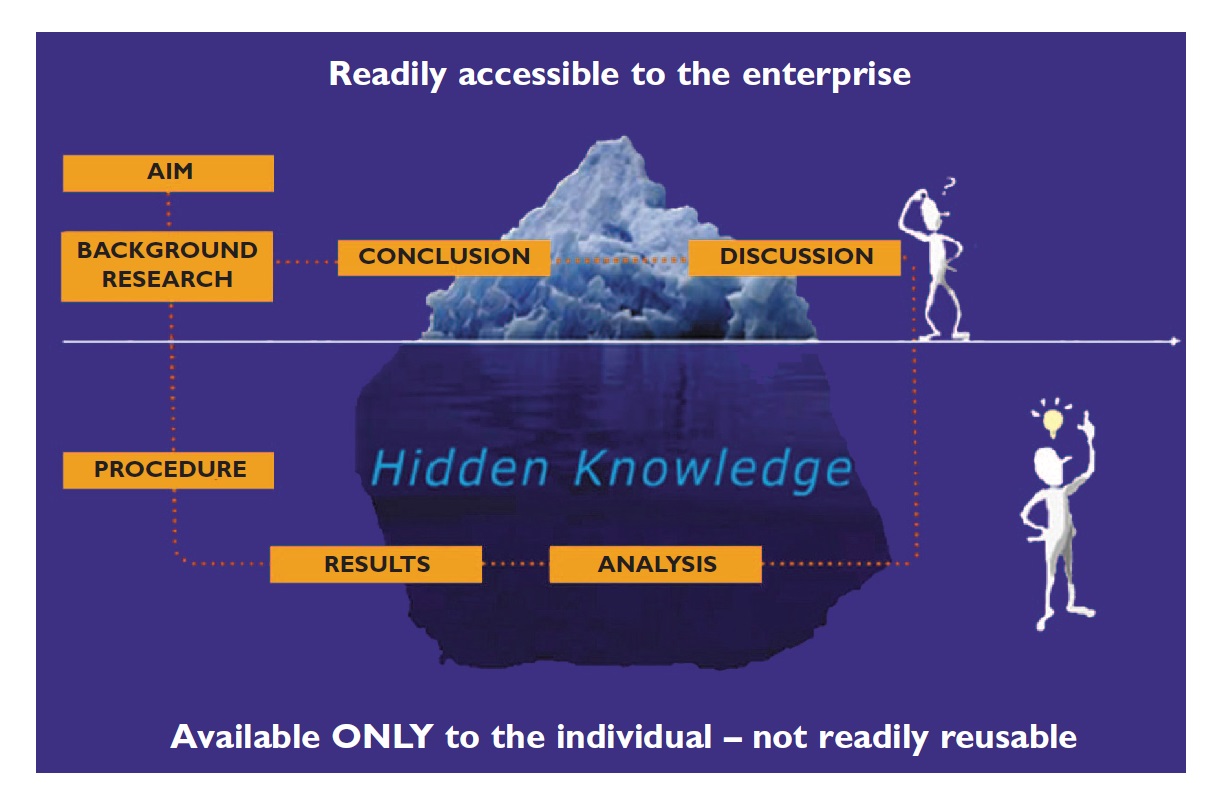 What about the legal implications of going electronic, isn’t it a barrier to the adoption of these kinds of systems?

Essentially, there are two groups in terms of regulations which R&D organisations need to satisfy – the FDA and the US Patent Office. In an R&D environment IP protection is of paramount importance, especially in the early stages of the research process where critical IP is being generated. Common perception today is that an R&D organisation’s records need to be in paper to be acceptable as evidence in the US Patent Office. This is not the case.

One of the critical aspects of the IT systems in this regard is its capability to have properly adhered-to audit trails, security profiles and record-keeping practices. Once an organisation is able to demonstrate that it has adequate systems in place which ensure the integrity of its e-records, patent courts are perfectly satisfied with this version. A similar situation exists for the regulatory bodies – the FDA. Its requirements for electronic records being outlined in its 21 CFR Part 11.

The most critical barrier to the adoption of these electronic systems is organisational. The paper lab notebook is a very familiar environment in which to work and has been in use since time immemorial. As mentioned above, the record creation process is secondary to the scientist’s primary focus of problem solving – as such it is a reasonable desire to spend as little time as possible on this activity. The challenge is developing a system which doesn’t require the scientist to spend any more time creating this record than they already are while significantly increasing (at least an order of magnitude) the quality (and retrievability) of the record.

CeR&D addresses the concerns of scientists by providing them with an all-encompassing platform within which to store their research. It is vital for scientists to be able to interact with various different application tools on a day-to-day basis. CeR&D solutions which give scientists access to that functionality – ie maintain the familiarity of the tools they are using but give them all the benefits of working in an entirely electronic environment – will have gone a long way towards overcoming the most critical adoption issues. 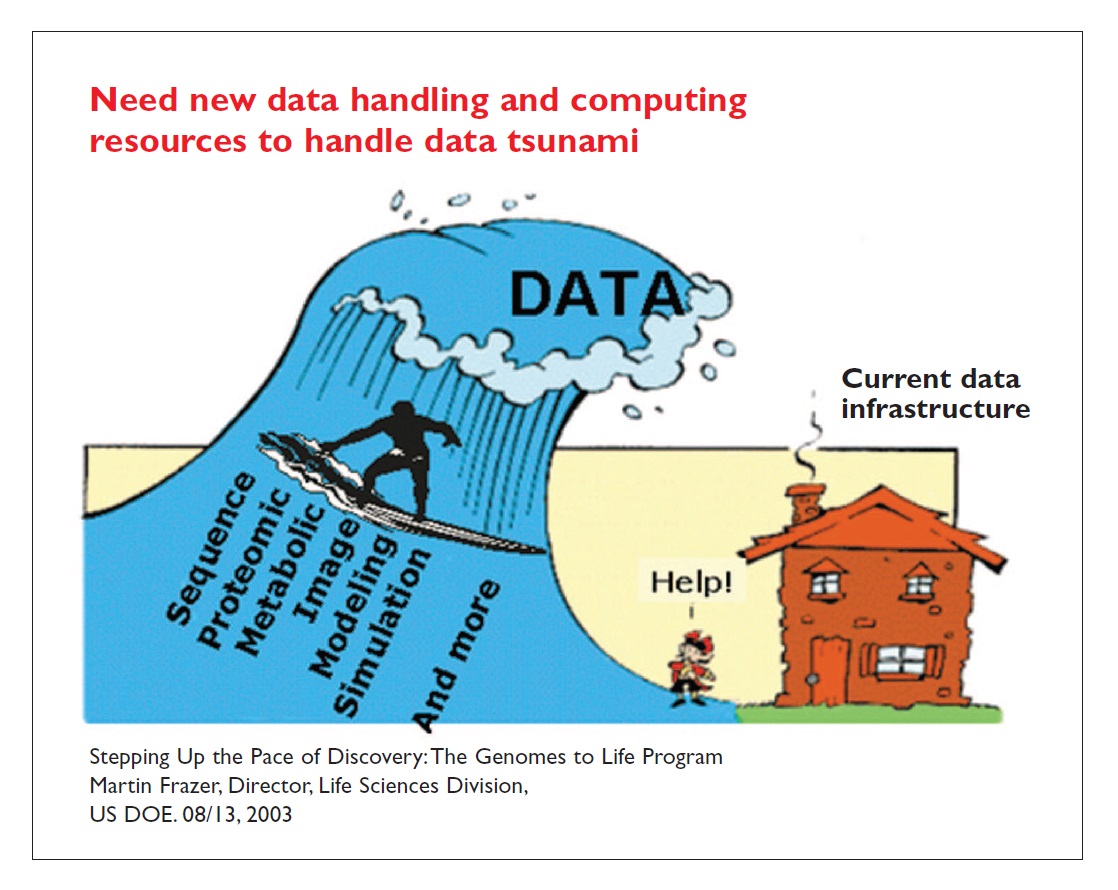 What benefits can an organisation expect from a CeR&D system?

CeR&D enables the R&D organisation to speed up the discovery process, leading to longer time-inmarket and significant increases in revenue. This is a strategic imperative for companies involved in the development of new pharmaceutical products, which are governed by finite patent protection and therefore have a specific period of time before their earnings are eroded by new generic competitors.

IBM’s Institute for Business Value (IBV) has found that internal collaboration creates quantifiable business benefits that directly support the achievement of key business objectives – and can positively impact the bottom line. These include decreased discovery time and cost, reduced development time and cost and increased product revenue. The ultimate benefit of CeR&D is to squeeze the timeframe and, ultimately, the cost-frame for developing new drugs. 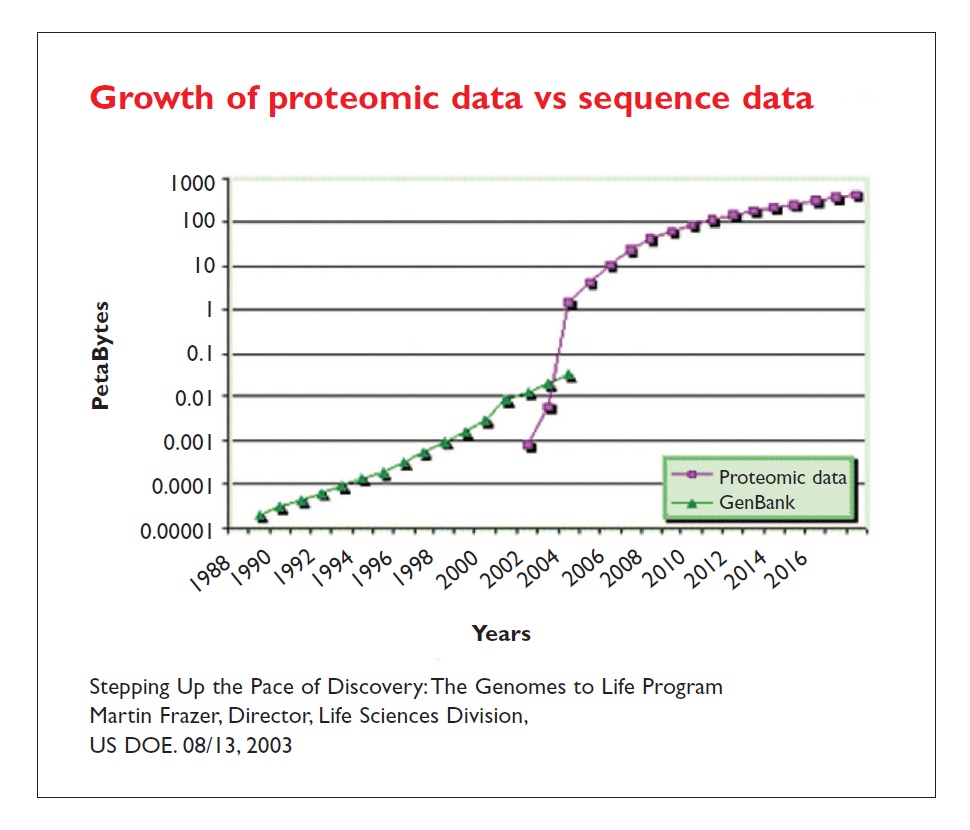 The existing prevailing R&D paradigm has lead to a situation, described by one industry leader as a “productivity crisis”. Some of the world’s largest and most innovative R&D organisations have already acknowledged the need to embrace a fundamentally different approach to their work. Collaborative eR&D, which acknowledges the dual nature of the R&D process and addresses the information management needs of the entire R&D organisation, is that approach. DDW

Richard O’Rourke is the founder and Chief Executive of KineMatik. Prior to establishing KineMatik in 1999, Richard worked in a research capacity for the Swiss Federal Institute of Technology (EPFL) in Lausanne, General Semiconductor in Taiwan and Loctite in both the US and Ireland. Richard is an Industrial Chemistry Graduate (1996) of the University of Limerick, Ireland.