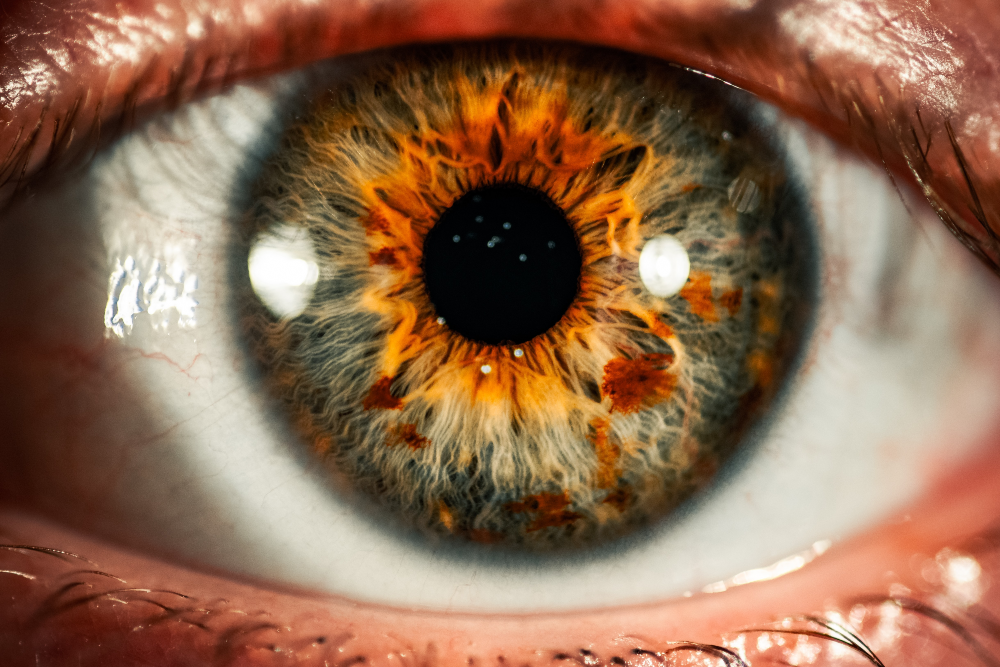 In the UK, a University of Manchester-led team of scientists has discovered that the most common form of adult blindness is probably caused by a failure of at least one of five proteins to regulate the immune system.

The breakthrough could one day herald the development of transformative treatments for developing age-related macular degeneration (AMD), which affects 600,000 people in the UK alone.

A test to determine which patients are at risk of developing the disease could also emerge, as the team estimate that 40-50% of patients have elevated levels of at least one of the five proteins, although more work still needs to be done.

The research, funded by Medical Research Council and a collaboration between scientists in Manchester, London and Tübingen in Germany, has been published in the American Journal of Human Genetics.

The discovery of new drug targets could help scientists develop therapies which lower levels of what are known as FHR proteins – and therefore the risk of developing or exacerbating AMD.

Scientists have long known that inflammation at the back of the eye plays a role in AMD development.

A series of genes thought to regulate the activity of the complement pathway – a key player in our immune defence against pathogens – were identified in previous research as candidates that affect a person’s risk of developing the disease.

But by studying the levels of the products of these genes – FH and   FHR-1 to FHR-5 proteins–  in 604 blood plasma samples using a method called mass spectrometry, the team was able to show for the first time that all five FHR proteins are at higher levels in people with AMD than in those without.

Part of the innate immune system, the complement pathway is our first line of defence against infections and clears damaged cells by marking them for destruction and recruiting and activating other immune cells.

In AMD, the complement pathway is over activated in the back of the eye, promoting an inappropriate and damaging inflammatory response.

Dr Richard Unwin from The University of Manchester’s Stoller Biomarker Discovery Centre said: “This is a hugely important study for people with AMD. Measuring the levels of these FHR proteins has been a big challenge over the last few years and is technically quite challenging as they are present at low levels in the blood and are very similar to each other.

“By using state-of-the-art mass spectrometry methods we can now confidently measure these proteins and show for the first time what is an important, if not the most important, factor in how AMD develops.

“This opens up whole new areas for improving patient care, through the development of new treatments targeted at these proteins or in simply monitoring levels to discover who has higher levels of complement activation and as such will benefit from complement-modifying treatments.

“It’s important to stress that studies over time need to be carried out before we can say with authority that these proteins are able to predict risk – and that will take time.

“We’re confident about our results: a second study by Dr. Laura Lorés-Motta and Prof Anneke den Hollander at Radboud University in the Netherlands has in parallel arrived to the same conclusion about FHR proteins using a different measuring technique.”

In its early stages, AMD starts to damage the back of the eye forming deposits after which then patients go on to develop two form of the disease: wet or dry AMD. But the team hope that intervening at an early stage could stop its progression.

Dr Valentina Cipriani, a Lecturer in Statistical Genomics at Queen Mary University of London who led the data analysis said “For more than 15 years the focus for AMD has been on Complement Factor H and its protein FH. Our analysis clearly points beyond FH.”

“By using an approach called a genome-wide association study that looks at genetic variants across the genomes of people with and without the disease, we were able to identify genetic variants that determine both higher FHR protein levels and increased risk of AMD.”

Prof Simon Clark, Helmut Ecker Endowed Professor of AMD at Eberhard Karls University of Tübingen who co-supervised the work said “This really marks a step-change in our understanding around the driving mechanisms behind specific types of AMD.

“It follows on from our original discovery last year around FHR-4, but while all higher levels of at least one of the five FHR proteins are now known to be associated with AMD risk not all patients will have their disease driven by this route.

“Therefore, being able to measure these proteins in patients’ blood will be vital in identifying patients who will react to FHR-targeting therapies sometime in the future.”