A new tool for modelling the human gut microbiome 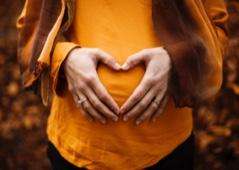 Bacteria linked to Crohn’s disease are difficult to grow in the lab, but MIT engineers have found a way.

Several thousand strains of bacteria live in the human gut. Some of these are associated with disease, while others have beneficial effects on human health. Figuring out the precise role of each of these bacteria can be difficult, because many of them can’t be grown in lab studies using human tissue.

This difficulty is especially pronounced for species that cannot live in oxygen-rich environments. However, MIT biological and mechanical engineers have now designed a specialised device in which they can grow those oxygen-intolerant bacteria in tissue that replicates the lining of the colon, allowing them to survive for up to four days.

“We thought it was really important to contribute a tool to the community that could be used for this extreme case,” said Linda Griffith, the School of Engineering Professor of Teaching Innovation in MIT’s Department of Biological Engineering. “We showed that you can grow these very fastidious organisms, and we were able to study the effects they have on the human colon.”

Using this system, the researchers showed that they could grow a strain of bacteria called Faecalibacterium prausnitzii, which lives in the human gut and protects against inflammation. They also showed that these bacteria, which are often diminished in patients with Crohn’s disease, appear to exert many of their protective effects through the release of a fatty acid called butyrate.

Griffith and David Trumper, an MIT professor of mechanical engineering, are the senior authors of the study, which appears today in the journal Med. MIT postdocs Jianbo Zhang and Yu-Ja Huang are the lead authors of the paper.

The human gut’s complex microbiome environment is difficult to model using animals such as mice, in part because mice eat a very different diet from humans, Griffith said.

“We’ve learned a huge amount from mice and other animal models, but there are a lot of differences, especially when it comes to the gut microbiome,” she said.

Most of the bacteria that live in the human gut are anaerobic, meaning that they do not require oxygen to survive. Some of these bacteria can tolerate low levels of oxygen, while others, such as F. prausnitzii, cannot survive oxygen exposure, which makes it difficult to study them in a laboratory. Some researchers have designed devices in which they can grow human colon cells along with bacteria that tolerate low levels of oxygen, but these don’t work well for F. prausnitzii and other highly oxygen-intolerant microbes.

To overcome this, the MIT team designed a device that allows them to precisely control oxygen levels in each part of the system. Their device contains a channel that is coated with cells from the human mucosal barrier of the colon. Below these cells, nutrients are pumped in to keep the cells alive. This bottom layer is oxygen-rich, but the concentration of oxygen decreases toward the top of the mucosal cell layer, similarly to what happens in the interior of the human colon.

Just as they do in the human colon, the barrier cells in the channel secrete a dense layer of mucus. The MIT team showed that F. prausnitzii can form clouds of cells in the outer layer of this mucus and survive there for up to four days, in an environment that is kept oxygen-free by fluid flowing across it. This fluid also contains nutrients for the microbes.

Using this system, the researchers were able to show that F. prausnitzii does influence cell pathways involved in inflammation. They observed that the bacteria produce a short-chain fatty acid called butyrate, which has previously been shown to reduce inflammation. After butyrate levels went up, the mucosal cells showed a reduction in the activity of a pathway called NF kappa B. This reduction calms inflammation.

“Overall, this pathway has been reduced, which is really similar to what people have seen in humans,” Zhang says. “It seems that the bacteria are desensitising the mammalian cells to not overreact to the dangers in the outside environment, so the inflammation status is being calmed down by the bacteria.”

Patients with Crohn’s disease often have reduced levels of F. prausnitzii, and the lack of those bacteria is hypothesized to contribute to the overactive inflammation seen in those patients.

When the researchers added butyrate to the system, without bacteria, it did not generate all of the effects that they saw when the bacteria were present. This suggests that some of the bacteria’s effects may be exerted through other mechanisms, which the researchers hope to further investigate.

The researchers also plan to use their system to study what happens when they add other species of bacteria that are believed to play a role in Crohn’s disease, to try to further explore the effects of each species.

They are also planning a study, working with Alessio Fasano, the division chief of paediatric gastroenterology and nutrition at Massachusetts General Hospital, to grow mucosal tissue from patients with celiac disease and other gastrointestinal disorders. This tissue could then be used to study microbe-induced inflammation in cells with different genetic backgrounds.

“We are hoping to get new data that will show how the microbes and the inflammation work with the genetic background of the host, to see if there could be people who have a genetic susceptibility to having microbes interfere with the mucosal barrier a little more than other people,” Griffith says.

She also hopes to use the device to study other types of mucosal barriers, including those of the female reproductive tract, such as the cervix and the endometrium.